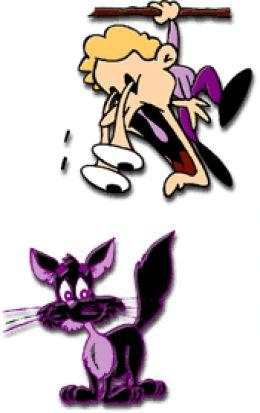 Superstition is a theme that at least once in our life has touched us all closely; so we have to decide whether to believe it or reject it, and to be honest, throwing years of popular wisdom out the window can make us insecure.But superstition has not been understood in the same way through time: in the early days of Christianity superstitious people were the ones who remained. attached to paganism and continued to practice its rites. Between the eleventh and thirteenth centuries superstition was associated with the way of thinking of uneducated people, an idea that survives in our time. With the witch hunt, organized by the religious power, superstition was linked to the satanic cult, so over time the most varied superstitions have developed that are often followed with closed eyes without knowing what their origin is. For example, the idea of ​​starting the day with the right foot comes from fishermen who always had to get on the boat with the right side of the body since everything related to the left was considered unnatural and demonic. The seven years of bad luck resulting from breaking a mirror come from the idea that the reflected image is a part of the soul, so by breaking the mirror we cause harm to ourselves. that in ancient times some nobles often ironed their horses with gold shoes, therefore, for a farmer to meet a shoe was equivalent to winning the lottery. One could thus go on and on mentioning: fear for Friday the 13th, fear of spilling salt, not opening an umbrella under a roof, fear of black cats, and so on ...

But ... why do these superstitions continue to survive?

Because from ancient times people have a tendency to establish cause-effect relationships, in other words we try to find an explanation for what happened even if on many occasions the answer is not in our hands or escapes our understanding, in these cases. Sometimes magical explanations are used. Over time, these explanations pass from generation to generation and are thus assimilated without questioning them. Later these beliefs are activated in situations in front of which we have no control or plausible explanations. It is an innate tendency to eliminate uncertainty to ensure some degree of security. Many people think: "if I perform this ritual everything will be fine", "if I go out on the right foot everything will be perfect" ... However ... how effective are these superstitious beliefs? their self-esteem; in short, they can foster a positive attitude in dealing with situations that cause them a certain fear. However, trusting only in magical rituals or superstition leads us to place the responsibility for our actions in destiny and therefore, we become puppets whose threads are moved by a power external to ourselves. Alberte Einstein: "The supernatural does not exist but only what we do not know ..."
Superstition: an ally to increase our abilities ❯