Superstition: an ally to increase our abilities 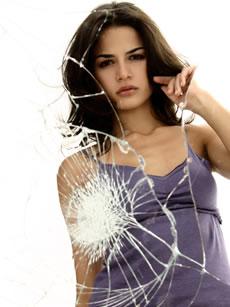 The topic "superstition"Has already been touched on previously in this blog, referring to the origins or to comment on the reality of Friday the 13th.

Since ancient times, superstition has been related to religious beliefs, mystical thoughts and irrational ideas, always associated with good and bad omens. Although many think that it is something relegated to the past, currently there are many students who show up for an exam with their lucky object or sportsmen who compete with their luck shirt. The fact is that simple superstitions like to cross fingers, respect a certain routine or bring with you an object considered lucky charm (without necessarily having to believe in the paranormal), it can help increase self-confidence and improve a person's performance, or at least that's what some researchers from the University of Cologne in Germany claim. The experiment they conducted was aimed at analyzing whether simpler superstitions, such as crossing fingers or wishing good luck, could be successful in improving a person's physical and mental performance. In this regard, the participants in the experiment found themselves faced with some games (puzzles, anagrams, basketball games), some of them were encouraged to perform some superstitious gestures before starting the activity (cross fingers, start with right leg, wish each other good luck). The results were surprising: one in four of those who were motivated at the start of their activity with a superstitious gesture, greatly improved their physical performance and memory, and also achieved better results in games with anagrams. Furthermore, all the participants who had started their business with a superstitious gesture or the wish of good luck, showed greater constancy and persistence in the activity they were carrying out. The researchers claim that the results obtained would actually be due to changes in the perception of personal efficiency. Of course, this indicates that superstition does not inherently possess the power to improve our performance but rather that it conveys a feeling of security, thus causing an increase in self-confidence and thus making people more persistent. This means that we will undertake increasingly difficult tasks, always obtaining better results. In fact, the physiological perspective should not be neglected; the increase in self-confidence and the perception of one's personal efficiency can lead to a state of relaxation of tension during activity, thus allowing you to use emotions in a positive way to face the most diverse situations that you try to solve . However, it is worth asking: Do all superstitions contribute to improving our performance? Probably the majority of superstitions improve our self-confidence, our self-esteem, our commitment to daily activities and free us from useless fears, but… be careful! It is not the case to allow superstitions to determine the direction that our life will take, because in this case instead of strengthening ourselves we could become slaves of them.

Lots of emails: too much information ❯

add a comment of Superstition: an ally to increase our abilities