Sumo Squat | How is it done? Common Errors and Variations

By the healthiergang writer , personal trainer.

As we all know, the lower limbs are composed of a large number of muscles and for this reason there are countless exercises, with relative variations, to develop and improve the tone of each of them.

The main muscles that make up the lower limbs are:

? Ischiocrurali: also in this case we are talking about an agglomeration of muscles that make up the posterior region of the thigh which are: hamstring, semitendinosus and semimembranous. The main functions performed by hamstrings are: taking a fixed point on the pelvis, they extend the thigh on it; as a fixed point at the bottom they perform the function of leg flexors on the thigh, bringing the trunk back to an upright position from a forward flexion, hip extension position.


? Calves: this muscle is positioned posterior to the tibia, and consists of two distinct muscles which are the gastrocnemius (formed in turn by two muscular bellies) and the soleus. The main function performed by these two muscles is the flexion of the foot and the flexion of the knee (especially in the "Lombard's Paradox" race).

Sumo Squat: How Do You Do It?

After a brief introduction on the main muscles that make up the lower limbs, let's move on to explain the exercise referred to in the title.

The Sumo Squat, one of the many variations to the classic Squat, it is a basic type of exercise, that is, it involves more muscles and more joints.

The main muscles involved during its execution are the hamstrings and in particular the buttocks; by synergy all the other muscles of the thigh, calves, spinal erectors and stabilizer muscles also work.

For a correct execution of the exercise, stand up, with the lower limbs much more open than the shoulders, toes pointing outwards, torso erect. 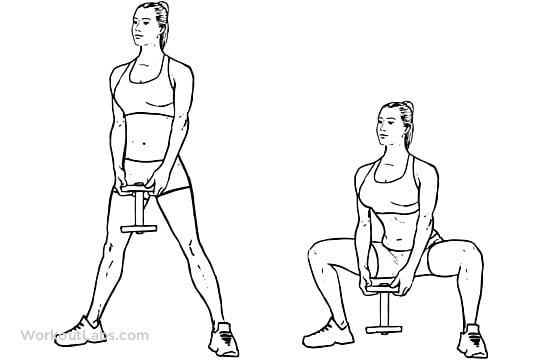 In case you use a dumbbell for running, place it between your legs in an upright position with the discs parallel to the floor.

Having assumed the correct position, hold the handlebar with both hands on the discs placed at the top, go down by flexing the knees until the thighs are parallel to the floor.

It is important to pay attention that the knees are in line with the toes, torso always straight, chest out and shoulders open.


Reached the point of maximum flexion, return to the initial position.

The most common mistakes made when performing this exercise are:

? bring the knees to converge inwards or outwards;

? bring the weight towards the tip of the knees, thus risking damage to this delicate joint;

? bend the back to bring the weight to the ground instead of flexing the legs;

? use excessive or too light loads;

? flex the torso at the same time as flexing the lower limbs. 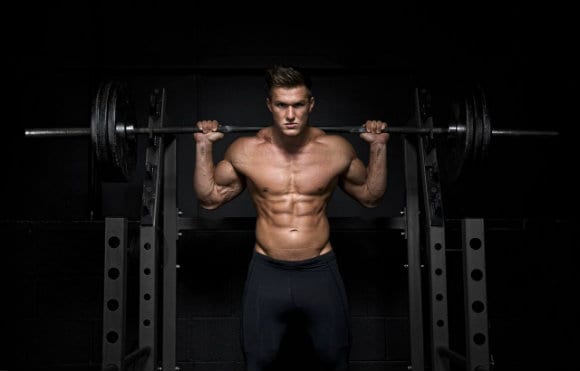 Variations to the classic exercise with the dumbbell are represented by theuse of the barbell that will be positioned with one of the two sides on the ground and loaded with the weight only on one side, or again, by the use of cables, or finally, by an overhead squat with legs apart; this variant requires that the dumbbell or the barbell is supported with arms stretched upwards; the execution of the rest of the exercise remains unchanged.

If the purpose of the exercise is to emphasize the work of the buttocks more, it is important to try to stretch as much as possible, obviously without losing balance, the buttock outwards or again, it is possible to use other pre-tensioning exercises in order to convey the most of the work on the buttocks.

The Sumo Squat is an exercise suitable for both professional athletes and more advanced athletes.

The important thing for less experienced athletes is to use a slightly lighter load in order to learn and better understand the correct positions and methods of execution.

For the more advanced athletes, however, the advice I can give is to use very high loads as the gluteus, being a very very strong muscle, also needs a strong stimulation in order to improve.

Do not forget that a significant increase in load must correspond to a reduction in the total volume of work.

Last very important thing, valid for all athletes, don't forget to have good control of your breathing too!

add a comment of Sumo Squat | How is it done? Common Errors and Variations