Straight Leg Reverse Crunch | How is it done? Variants

The straight leg reverse crunch is most likely one of the most common exercises for training the abdomen.

In particular, it affects significantly the rectus abdominis, but not only. In fact, we will discover that the execution of this motor gesture is also guaranteed thanks to the involvement of other muscles.

Its peculiarity consists in the fact that, unlike the classic abdominal crunch, the focus of the work is concentrated in the eccentric phase of the movement.

We are therefore referring to an elongation stress. But let's take a step back and analyze which muscles are stressed by this excellent exercise for our "six pack". 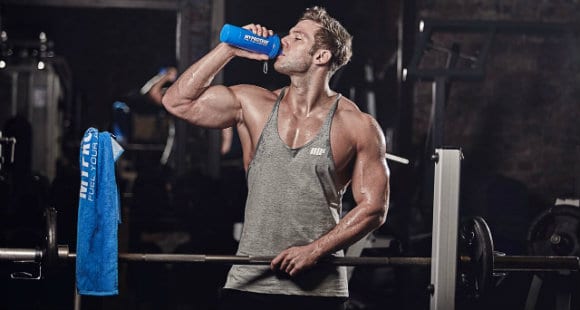 Obviously the first two muscles significantly affected are the rectus abdominis and the transversus abdominis.

The latter, analyzing it from the anatomical point of view, originates from the cartilages of the ribs 6-12, from the iliac crest and from the thoracodorsal fascia. It then enters the linea alba and the pubis and performs only one function: the compression of the abdomen.

The rectus abdominis in turn originates from the upper surface of the pubis. It then inserts into the lower surfaces of the 5-7 costal cartilages and into the xiphoid process of the sternum. It performs several functions: lowers the ribs, flexes the spine, compresses the abdomen.

At a given moment of the execution of the reverse crunch with straight legs, however, two further muscles intervene: we refer to the rectus of the femur and the iliopsoas. The first, rectus femoris, originates on the antero-inferior iliac spine. It is inferred in the tibial tuberosity and has the task of extending the knee and flexing the thigh. The second, on the other hand, is made up of two muscles: the iliacus and the grande psoas.

It is the iliopsoas that is most involved during the reproduction of the exercise under examination. The rectus of the femur performs a function of only aid synergistically speaking. So let's try to understand what is the correct execution of the movement.

Indicatively this kind of exercise is strongly not recommended for those suffering from hyperlordosis. For these subjects it is in fact indicated to carry out exercises for the core in abdominal shortening as an excessive lengthening or strech, as in the case of the reverse crunch with straight legs, increases the risk of further anteverter and eccentric pelvis, accentuating the lumbar curve already strongly uncorrect.

Furthermore, an anteversion of the pelvis risks activating the rectus femoris too much, loading it to the stress of the exercise.


This then generates a poor activation of the target muscle, the rectus abdominis.

That's why the straight leg reverse crunch it must be performed by posturally correct subjects, which guarantee qualitative execution with the respective activation of the muscles to be trained. 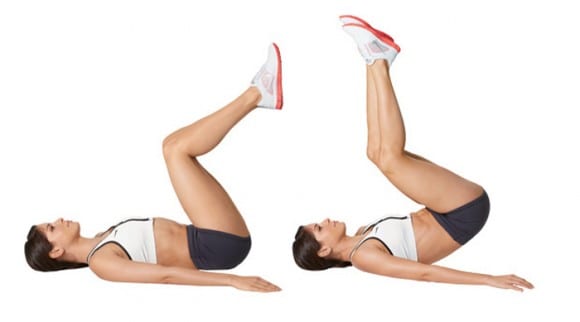 A possible variant, which can also be performed by those who have lumbar hyperlordosis, is that with your legs bent.

The motor gesture is the same in the first phase of the movement.

It differs from the straight leg crunch for a certain element. The knees are slightly flexed and during the final phase of the concentric the knees are forced towards the chest.

This generates a retroversion of the pelvis which consequently detaches from the ground. This therefore allows a shortening of the rectus abdominis and an elongation of the lumbar spine.

In both types it is essential to control your breathing and perform both phases slowly. Then inhale during the elevation of the limbs, exhale in a controlled manner during the subsequent eccentric descent.

add a comment of Straight Leg Reverse Crunch | How is it done? Variants