States of mind: do we understand those of others well? 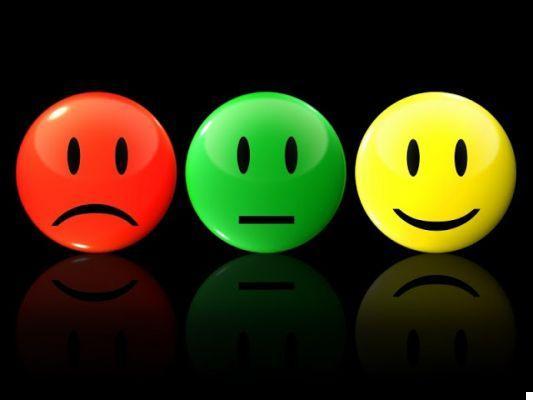 It has happened to you a few times
having observed people while walking on the street or friends e
acquaintances, and having found yourself thinking that everyone seems to be like that
perfect, happy and fulfilled? If we take a look around us we will see
people who dine, quietly converse with their friends and colleagues,
couples smiling and enjoying a coffee together sitting at a coffee table,
someone who is buying the newspaper others are walking fast while talking
at the phone…

Sometimes this apparent normality
it makes us think that everyone is happy, or at least that they are happier than they are
it's not us. At least that's what Alexander Jordan thinks, who says
that we all show a tendency to overestimate emotions and emotions moods
of others. In other words, it is as if we lived almost continuously in one
collective illusion in which we self-represent an unreal world in
which happiness is omnipresent because we think this is the norm. Jordan started his own studio
asking 63 students to describe their positive emotional experiences e
most recent negatives. Unsurprisingly, negative events tended to
hiding and being experienced in private while that positive emotions came
externalized very easily. Those who had gone through various
negative experiences in recent times, were selected and later came
asked their peers to rate the extent of the negative experiences
that they had been through. Eventually it was found that people underestimated
how much suffering others might have experienced. But the study went further. THE
researchers wondered if close friends had a more accurate perception
feelings. On this occasion, 200 students were asked that
they started blogging about their negative and positive experiences. In
later they were asked to report a friend who was also a regular
blog reader. Results? Even though friends read the blog regularly
and they knew people's emotions, they still tended to overestimate the
feeling of well-being or underestimating the negative mood of the other. Researchers consider that
behind this phenomenon lies an attribution error; how to say,
we tend to minimize the negative emotions of others when we compare them
to ours. I personally consider that the
problematic is due to the fact that, not experiencing the emotions first
person, we cannot perfectly measure what degree of cheerfulness is either
unhappiness that the other is experiencing. Being an outside observer, it's easier
being wrong in evaluating the depth of emotions. If at this
we add that the situations that others face do not have for us
no emotional meaning, then we will tend to be more objective and less
emotional, so that we can broaden the sense of happiness and reduce the
suffering.
State of mind: the worst or best moments depend on interpersonal relationships ❯

add a comment of States of mind: do we understand those of others well?