The term "spices,”Comes from the Latin“ species ”which indicates a special, valuable commodity that differs from ordinary commodities. Rich in vitamins and minerals, help reduce the amount of fat and salts used in cooking. Let's find out better. 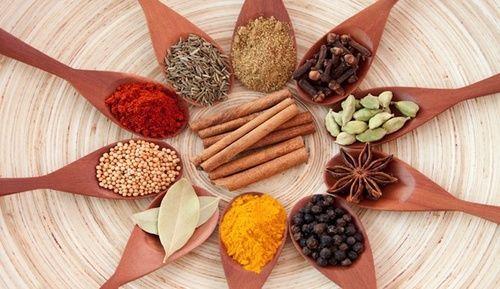 Apart from pepper, nutmeg and a few other “aromas” only a few know spices in their complexity, often confusing aromas, aromas and spices as if they were the same thing.

Spices are known and used since the most remote antiquity, a deep trust in their properties has prompted navigators to find new routes, states to fight wars, doctors to discover new drugs and for centuries spices have moved Europe's economy not only for therapeutic and gastronomic purposes but also for pleasure to perfume cosmetics, air and to honor the gods.


Magellan completed the first circumnavigation of the globe in search of the legendary "spice islands", Vasco da Gama sailed in the dangerous waters of Africa and India; Columbus, looking for a shorter way to reach India, found chilli.

Compared to eight commonly used spices (chilli, black pepper, coriander, cumin, garlic, asafedita, ginger and ajowan), it is estimated that in southern India the daily consumption per capita is equal to 9,54 g, which can cover from 1,2% to 7,9% the need for different nutrients (minerals, amino acids, vitamins, etc.).

In our culture, however, although they have a fair content of vitamins (especially of group B and vitamin C) and of mineral salts (calcium and iron in particular), they are used in such small quantities that it is not possible to keep this nutritional value. bill.

Spices and aromatic herbs, just used as taste enhancers, are excellent allies for human health because:


You can learn more about the origin, use and properties of sugar 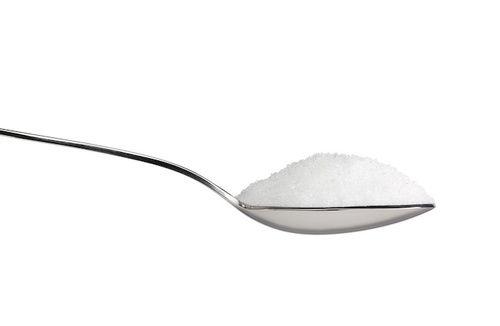 Some, such as ginger and the turmeric, have a strong anti-inflammatory action, as recently demonstrated by numerous studies. Ginger, known for millennia in the East, also has a strengthening and warming power for the body.

It is interesting to note that the greatest consumption of spices occurs in countries with a very hot climate, because they have the function of dilate blood vessels and therefore allow a greater dispersion of body heat.

They say about them

The use of spices and aromatic herbs in the distant past was strictly reserved for the tables of emperors, kings and, later, the wealthiest, as a sign of power and wealth; they were mainly used to preserve food and prolong the freshness of food with the aim ofprevent the proliferation of bacterial flora (for example pepper in salami and cloves or cinnamon to keep apples from turning rancid) or to mask tastes and smells of non-fresh foods.

Today, however, they are indispensable for give taste and aroma to dishes (thanks to the essential oils contained in them that are released when they are chopped, ground or cut), as they enhance the flavors of many dishes and, in many cases, allow to reduce the seasonings and the salt intake: eaten raw, even compared to those consumed in powders (often chemical), they are obviously much more aromatic.

Due to their rather intense and very penetrating taste, they should be used sparingly, so as not to cover the flavor of the food itself.
Spices and flavorings can be found on the market in different forms:

The ancients claimed that smells are "those minute particles that ascend from the earth to the sky". Spices, in fact, have been known, used, loved since ancient times not only to give flavor to foods but also to make medicines effective and pleasant.

With time but above all with the advent of modern medicine, the appreciation for these drugs has waned but today, as in the past, spices, in a simple way and without side effects, can come to the aid of man and be used with advantage in numerous diseases.
Their use is widespread in various regions of the East, the Middle East and Africa.

For example, in India, in families living in rural areas, mothers still look after their families with confidence and success. children with spice-based preparations.

Other articles on spices:
> Spices in Ayurvedic cuisine
> Mediterranean spices: because they are good for you
> Spices are widely used in Moroccan cuisine: find out how
> The species among the foods against brain aging
> Asafoetida, properties and uses
> How it is seasoned around the world

Audio Video Spices: list, properties, nutritional values
Potassium supplements, what they are and when to take them ❯