Sissy Squat | Which Muscles Does It Involve? How is it done?

It is an exercise that has great merits but subjects the knee joint to very high stress. It is probably the exercise to train the quadriceps that absolutely weighs on the knee, even more than the leg extension.

Il sissy squat it is performed starting from a standing position. From here, contract the buttocks and abdominals in order to keep the whole trunk rigid and stable. This stability must be maintained during the entire duration of the exercise.

Begin the movement bringing the knees forward, as if the whole body were a rigid segment and at the knee this segment breaks.

The knees must be brought forward and at the same time the torso must be brought back to maintain the center of gravity in the foot. At some point, mobility in the ankle does not allow for further dorsiflexion.

To continue advancing with your knees and therefore have a greater range of motion, yes raise your heels and only the toes are kept in contact with the ground.

Continue flexing the knee as long as you can. Once you have reached maximum flexion, contract your quadriceps. In this phase it is the knees that must be brought back and the torso must be brought forward. 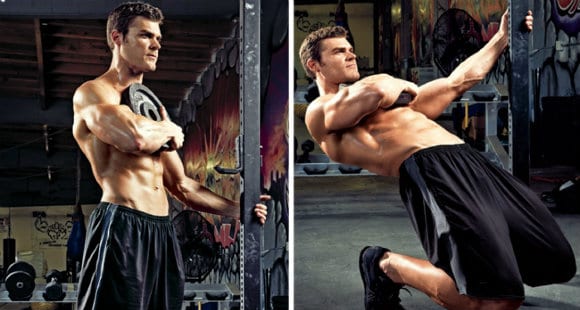 Once the torso and legs are fully aligned, the repetition is over. This exercise could be compared to a closed kinetic chain leg extension movement. In this case it is the leg that is used as a fixed point, the knees must be brought forward only to maintain balance.

The entire execution of the movement must be very slow and controlled, up to 5 seconds on both the negative and positive phases.

If you feel that you are losing control of the movement do not continue with the ROM but keep a ROM that you have complete mastery.

Ci you can place it with your hands to something stable to have more balance or movement.

Which Muscles Does It Involve?

Being a closed kinetic chain exercise it involves a muscle or group of muscles as directly involved in the movement and other muscles as stabilizers.

The muscles that stabilize the movement are the glutes and the abdominals they allow to maintain an alignment between the trunk and the thigh. The gluteus medius and the hamstring also act as stabilizers.

The quadriceps are a large muscle made up of 4 distinct leaders. 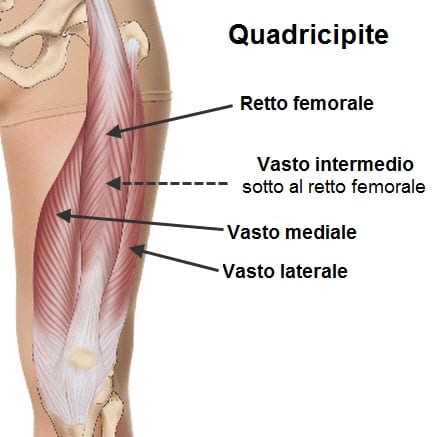 
For example, if during the execution of the squat you focus on a complete and strong extension of the knee, this muscle is stimulated more.


This muscle head also plays a key role in knee stability. Since the movement of the sissy squat must be performed keeping the focus on the flexion and then knee extension (rather than in a squat where the main focus is on pushing up) this head is strongly stimulated.

The rectus femoris is also more involved because it is a bi-articular muscle.

Its functions are to extend the knee and flex the knee on the trunk. Based on the principle that an elongated muscle is the most recruited muscle, it can be seen how, during the execution of the sissy squat, this muscle is stretched at both ends.

The pelvis is kept extended while the knee is flexed.

This causes the rectus femoris to be heavily involved in movement. The value of the sissy squat is precisely that of train the knee extension movement with the pelvis extended, also involving good stability.

The rectus femoris doesn't get much stimulation in other exercises like squats and lunges. In all these movements the pelvis is always flexed with respect to the thigh and this causes this muscular head to be disadvantaged in movement.

Il sissy squat it has benefits but it also has big risks. It subjects the knee to very high shear forces. On balance the risk is not worth the benefits.

Audio Video Sissy Squat | Which Muscles Does It Involve? How is it done?
Sit Up Abs | Are they good for your back? Running and Muscles Involved ❯

add a comment of Sissy Squat | Which Muscles Does It Involve? How is it done?