Setting Goals: It's not always a good strategy 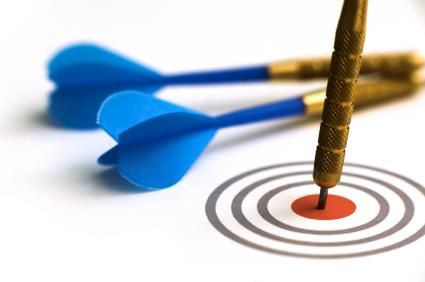 Set goals
it is one of the new fetishes of our society. They all establish gods
goals, from politicians to people who want to increase their productivity;
sometimes it doesn't matter if the goals are unachievable or if they are at all
useless, the important thing is to have goals. There is obviously nothing wrong with
set goals or ... so we believe. I don't like giving
responsibility to others, in fact, psychologists have (we have) one
huge responsibility in the fact that the goals got out of control.
In the 70s and 80s of the last century, a number of
experiments aimed at evaluating how people reacted to
goals. One of the most concrete experiments was the study carried out by
Bandura in 1977. In this
experiment involved overweight people for whom it was
particularly difficult to change the eating habits, given that these
they took root in their childhood. In the experiment,
some people were asked to make the best effort possible for
reduce the amount of food they ingested daily while at
others a plan with specific objectives was proposed. Four weeks
after starting the experiment, the people who had set goals
they had managed to reduce their food consumption by twice as much as they did
who were simply told to do what they could to eat less. This experiment
led to the idea that specific goals were powerful stimuli of the
human behavior and helped to achieve the set goals. It is obvious
that it is not the same thing to say to an employee who does his best,
with respect to establishing specific objectives that identify what to do
awaits from him. And it is certain that in the history of psychology they meet
many studies that have shown the power of lenses, but these have
even their dark sides. In a very interesting
article published in the Academy of Management Perspectives magazine reports other data according to which
goals may not be as useful as we think. Objectives turn into our enemies when they are: - Too many:
when people plan too many goals they generally tend to
focus on the easiest to reach, but usually the most important
they are the most complex and difficult to make. Many experiments
in the field of psychology (including the one created by Gilliland e
Landis in 1992) show that when people face many
targets tend to choose between them arbitrarily. For instance,
when we propose qualitative and quantitative objectives, we tend to
complete only the seconds, because they are the easiest to measure. - Very specific or too tight:
we know that goals help us stay focused but sometimes they do
we concentrate too much and fall into the error of confusing the specific objective
with the general goal, thus limiting our possibilities of development. A very example
curious comes from an experiment carried out by Simons and Chabris in 1999,
when they told a series of volunteers that their goal was to
count the steps of the players on a basketball team who wore one
White shirt. The game was followed on a giant screen but the part
curious was that people were so engrossed in accomplishing their goal that
they didn't realize when a person in a black shirt stepped out of the
screen with the whole torso. - In the short term:
because immediate goals almost always give rise to short-sighted thinking,
short-term, with which you generally don't get to go much
far away. A study
made by researchers Cheng, Subramanyam y Zhang in 2005, has shown
as businesses that focus on quarterly annuities have better ones
results in the short term but pay the price of a decrease in
long-term growth. - Too demanding:
we normally think that the harder and more demanding the goals are
the more we will feel motivated and compromise with the same, but the thing
it is certain that the moment arrives in which the objectives are perceived as
unattainable and then they stop motivating us. How can you
appreciate, many of the examples cited are part of Organizational Psychology,
but it is certain that the goals we set for ourselves in the personal area are not
then so radically different. For this reason, before giving in to the “pandemic of
objectives ”, we must carefully evaluate their relevance.
Being comfortable with yourself is better than being comfortable with others ❯

add a comment of Setting Goals: It's not always a good strategy