Scoliosis | What is that? Causes and Exercises for Scoliosis

Scoliosis: What is it?

The term scoliosis indicates one incorrect alignment of the spine. In particular, reference is made to a lateral curvature and a rotation of the vertebral column and therefore of the entire torso. Often there is an intermediate condition of scoliosis, the so-called "Scoliotic attitude".

This postural problem is due not to an accentuated rotation of the spinal column but rather to gods muscular imbalances on both sides of the torso. On one side, the muscles will show hypertrophy while on the other they will be underdeveloped.

This difference in the development of the muscles on both sides of the body means that the intervertebral discs, which are sorts of pads capable of deforming, squeeze on one side over time and tend to deform. In the case of a scoliotic attitude, the condition is often also associated with lordosis and kyphosis problems in the spine.

The causes of scoliosis and a scoliotic attitude may be congenital (therefore already present at birth), a consequence of other neuromuscular problems or the cause may be undefined.

By not defined we mean that there is no certain factor in itself that led to the onset of this pathology but rather it is a set of causes attributable to daily habits or other. 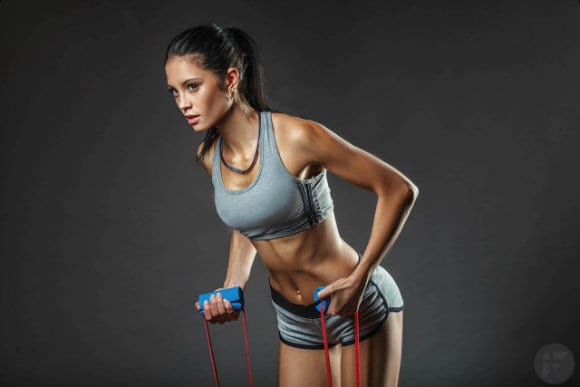 Definitely a posture incorrect gives its great contribution. The fact of sitting for hours and hours assuming a "comfortable" posture which concretely consists in shifting the weight to one side or leaning more on one side of the body rather than on an arm.

Beware of the socket!

Deadlifts are a fundamental exercise in weight training. Often when in this exercise the loads start to get high the grip is the first weak point.

The expedient is therefore adopted to use one hand supine and the other prone. This type of grip is called a mixed grip and allows the barbell not to slip between the hands and therefore to keep many more kilos firmly in place. However, by positioning the arms in two different ways, there is a tendency to push the barbell away from the body with the supine grip and push it against the body with the prone grip.

This translates into one slight rotation of the barbell and also of the torso. This is a problem that occurs quite frequently in inexperienced athletes. To highlight it, just record the execution of the deadlift with weights close to your maximum. 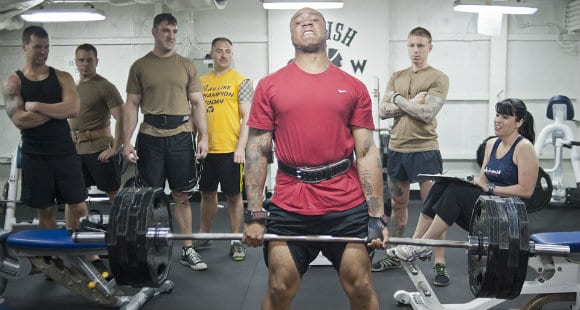 It is easy to see how before exceeding the height of the knees the barbell is rotated towards one side of the body and also the lumbar area is put at risk.


If the grip is not alternated, then the supine hand and the prone hand are reversed, one tends to develop a non-symmetrical musculature which in the long run leads to great difficulties in correctly performing exercises such as bench press with the barbell, squats, rowing with barbell, etc.


We tend not to alternate the position of the hands because we are spontaneously inclined to use the grip that is stronger. This is a big deal. As a solution it is necessary alternate the socket and use the firmest one in case of maximum effort.

An even better alternative is to use the hook socket. Personally I prefer to use the latter because it allows me to be much more symmetrical and to better contract the lats. The only drawback is that the hook grip is very painful; in the long run, however, you get used to it.

True scoliosis is difficult to treat by working on the trunk muscles. In case of scoliotic attitude however this is a valid choice.

? Since the scoliotic attitude is caused by a decompensation in the development of postural muscles, the solution is that of strengthen the core muscles in a balanced way. In particular to train unilaterally oblique abdominals, lumbar, back and buttocks in order to subject both sides of the body to the same stimulus.

? It is also useful give preference to exercises with dumbbells over those with the barbell as the body spontaneously tends to recruit stronger muscles during an effort. If one side of the body is stronger than the other the workload will be unequal. Finally, it is useless to underline the importance of making an effort to try to maintain a correct posture throughout the day.

Audio Video Scoliosis | What is that? Causes and Exercises for Scoliosis
Shrug with dumbbells | How are they performed? What are the benefits? ❯

add a comment of Scoliosis | What is that? Causes and Exercises for Scoliosis