Sciatic nerve and vitamin B12: what is the link? 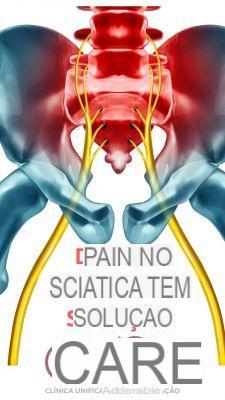 The so-called sciatic nerve it is considered the longest nerve in the body, which runs from the hips to go down both legs.

Its inflammation or other problems related to it may have numerous causes; one of these could be a lack of vitamin B12, which can manifest itself as a pain in the lower and back of the body, as well as an annoying pain in the posterior part of the legs, especially in the calf, or in the back of the tibial nerve.

Cobalamin or vitamin B12in fact, it plays a role important in the production of myelin, a complex system of various proteins that make up a layer of fat film around the nerves, with a function that is neither more nor less similar to that of an insulating plastic coating around electrical cables.

If this lining becomes depleted due to a vitamin B12 deficiency, pain is felt.

B12 deficiency and sciatica

Un drop in vitamin B12 reserves it can also manifest itself in a slowing down of electrical information along the nerve tracts it's a deficiency in the regeneration of cells and nerve linings.

How do you identify a potential B12 deficiency reflected in the sciatic nerve? It can take the form of a fort burning constant, which is sharpened when walking or during bending movements of the area affected by the pain, which can sometimes reach debilitating levels.


These symptoms could also be linked to a non-severe form of herniated disc, but if a visit does not confirm this diagnosis, the probability of a vitamin B 12 deficiency would increase, as well as the need for a screening that removes all doubts.

Other minor symptoms are weakness in the legs, loss of running power, urination disturbances, especially in the form of mild incontinence.

Around the year 2000, double-blind placebo-controlled experiments were carried out, in which, in numerous cases of sciatic nerve pain, volunteers between the ages of 18 and 65 were administered inframuscular vitamin B12.

What has it come to? Advances in sciatic nerve pain relief and rehabilitation were markedly better in the groups who were regularly given vitamin B12 intramuscularly. This also occurred in patients without obvious symptoms of specific vitamin deficiencies.

Sciatic nerve pain: what to do?

In case of serious complaints, it is necessary to consult a doctor, carry out routine tests, not only screenings to assess vitamin reserves but also tests for test muscle power and reflexesi, in order to notice any unjustified drops.


Normally, if a vitamin B12 deficiency is highlighted, the doctor corrects the diet and administers B12 vitamin supplements; anyway wait for the doctor to prescribe them and avoid diagnoses and do-it-yourself remediese.

While we will carry on the invigorating cure based on vitamin B12 supplement, however relieve sciatic nerve pain nothing better than a daily ice treatment, to be placed for about twenty minutes on the painful part. Ice never gets directly on the skin but rests on it using a cloth.

Despite looking unnatural, a gentle massage, even in the case of pain, it helps blood flow, the circulation of nerve tissues and therefore the release of endorphins with the function of endogenous painkiller; it is also possible, if pain permits, a exercise routine, not overly demanding, as it could be one bicycles done lightly, it can help.

Audio Video Sciatic nerve and vitamin B12: what is the link?
Corn on the cob: properties and benefits ❯

add a comment of Sciatic nerve and vitamin B12: what is the link?