Corn on the cob: properties and benefits 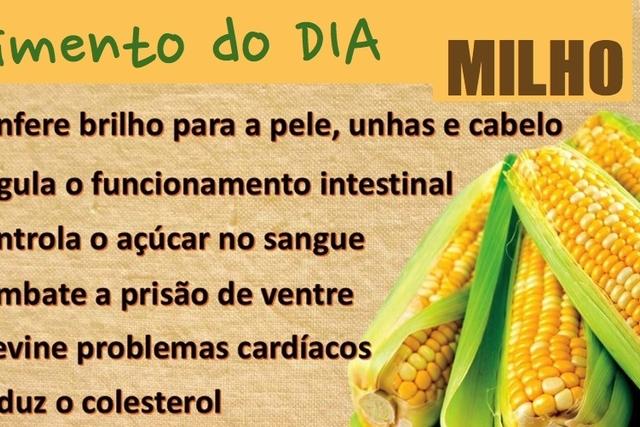 Corn on the cob, diet food

Its very few calories make it perfect even for those who are following a slimming regime: a medium-sized corn on the cob provides only 60/90 calories (an apple provides 80).

It matters little that it is high in carbohydrates, because it has a good load of
fiber which lowers the glycemic index (making it less harmful than rice and many other grains even for diabetics).

The properties of the cob

It also contains iron, calcium, phosphorus, magnesium and B vitamins while it is very low in sodium and rich in potassium (characteristics, these, that make the cob perfect even for hypertensive people).

Did you know that the cob is also diuretic? Yes, especially the filaments that surround it (used as a diuretic if boiled, about 20 g, for a few minutes in half a liter of water). The corn on the cob, in itself, has a mild diuretic effect!


For those who follow one balanced diet and low in simple sugars, it is ideal to consume corn cobs boiled in water: just boil the seeds, which by incorporating a lot of water, become edible and can be eaten as a side dish or accompanied with meat or fish main courses.

Il corn is a cereal, therefore - when it is not included in your menu - you can introduce it in your diet as a substitute for other sources of carbohydrates, such as pasta, rice, cous cous, spelled or other cereals.

The quantities you enter depend on what kind of diet you are following and are, therefore, very subjective.

How to cook the corn on the cob

Steamed: it is one of the healthiest ways to cook corn on the cob, because it allows you to keep all the nutrients of corn unaltered.

Boil: If you don't have a steamer basket, you can simply boil the corn on the cob. Compared to steaming, this method is slightly faster, but has the disadvantage of dispersing nutrients.

Cooked in the oven: it is the longest cooking method, but it allows to obtain corn on the cob at the same time tender and crunchy.


Cooked on the grill: is a very popular cooking method in the USA, which it allows to obtain toasted and tasty corn on the cob.

Be careful to adjust the flame under the grill so that it is not too high. You would risk burning the cobs, compromising their
taste and promoting the development of substances harmful to your health.

Grilled in foil: it is probably the cooking method that allows you to obtain tastier and well-roasted corn on the cob, without risk of burning.

Corn on the cob with sweet and sour herbs. After boiling them, roast the corn on the grill with a drizzle of oil. Then you can season your corn cobs with the herbs harvested in the garden or with herb and sesame flavored salt.

Among the herbs you can choose thyme, lavender essence , parsley and rosemary.

Audio Video Corn on the cob: properties and benefits
Fruit of passion, cultivation and how to eat ❯

add a comment of Corn on the cob: properties and benefits