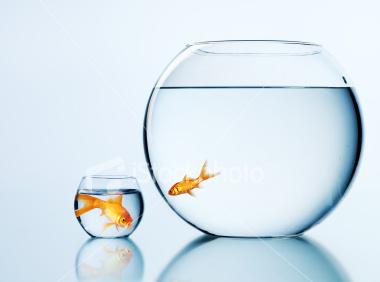 While working at the university I remember that on one occasion I very much wanted to be assigned a specific project. It seemed made just for me since I was the only specialist in the center who had been working on this particular topic for years, which among other things fascinated me. Everyone (or almost everyone) thought that I was the ideal person to entrust it to but since you don't get everything you want in life, the project was entrusted to another older person, who in the end had to rely on my studies and in my bibliography to finish the job.

When I asked my director why she made this decision, I was told that I was capable but too young. I didn't ask for more, it wasn't worth it. Today I am my director. I believe that stories like this are very common, especially in the professional and scientific fields where priority is given to older people, always and in any case. A phenomenon that in 1968 Merton qualified as: "Matthew Effect"(Matthew effect). The Effect Matthew owes its name to a biblical passage found in the Gospel of Matthew, which recites these words: "to those who have will be given and will have plenty, while from those who do not have even the little they have will be taken away from them". Regardless of how right or unfair this statement may seem, it is certain that in many contexts (if not all) those people who get some results will continue to attract attention while others (generally younger ones) have to wait their turn. in the shadow of the former. The consequences of the Matthew Effect have two aspects, normally in contrast with each other (I quote the work of Jiménez): - The contribution of a greater quantity of benefits, both material (economic, resources, rewards) and immaterial (privileges, consideration, trust, power, esteem) for the simple fact of being valued to the maximum in a given scale. - On the other hand, the benefits of any kind to people who have less value than certain parameters considered relevant are reduced or nullified. Processes of marginalization very often arise because the consideration towards these people or entities changes when they perceive themselves as last in the ranking. It is often observed that these remain much lower than expected given the resources with which they counted from the beginning. In extreme cases, those who have less are even stripped of the little that belongs to them, which paradoxically is given to those who have more. Some specialists such as Mario Bunge explain the Matthew Effect starting from two mechanisms, one mnemonic and the other selective. This author believes that memory plays an essential role in this phenomenon as we tend to remember the name of that famous author and immediately forget the unknown one. Thus, in a scientific article written by "Daniel Goleman and Mr. Smith", we will especially remember the more famous author of the two even if he is not the lead author of the article. The other factor that according to Bunge would influence the Matthew Effect is the selection of authors, this would be a more conscious phenomenon than that in which an author is selected based on his previous curriculum, based on a specific scientific criterion. It would be a thought such as: “if he has made many important works, surely this success also belongs to him”, even if it is not so. Thus, a little consciously and a little unconsciously, the Matthew Effect continues to influence many contexts.