ROM (Range Of Motion) | What's this? Because it is important?

The concept of ROM is often taken for granted, it is often even "adapted" on the basis of how much weight you want to load on the barbell.

Actually a full range of motion (ROM) it is a variable of enormous importance and for different reasons.

There are cases where it makes sense to reduce this parameter in order to perform a couple of additional last repetitions or to emphasize the work of a certain muscle over another. In general, however, a maximum range of motion is something that must always be sought. 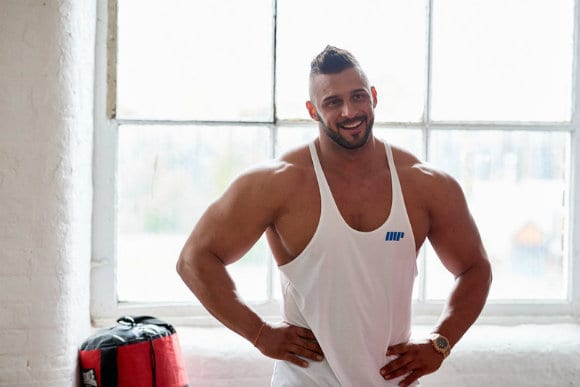 1. Why look for a maximum ROM?

If your sport is powerlifting there are not many reasons: for your "lift" to be considered acceptable, it must respect certain parameters. If these are not met, the repetition is simply invalid, no matter how much weight you have lifted. It is also true that physics teaches that work is given by the product of the force for displacement.

With the same force exerted, therefore, if the displacement is lower then the work will be equally lower. Therefore, by reducing the displacement, the mass used can be increased (force = mass x acceleration). This means that if you want to lift the maximum weight it is important to make the maximum "economy" on your executione.

In any case it is necessary to respect certain parameters. If, on the other hand, one's goals are more oriented towards good muscle development and a general state of health, the ROM takes on further importance. The reasons are as follows:

Having a maximum range of motion is preparatory to the release of growth factors and hormones that induce a hypertrophic response. This point needs special attention and a clear explanation.

The factors that mediate the response to the training stimulus are hormones. Exercise only induces the production of these transmitters which then trigger a response from the organism.

What leads to hypertrophy is not weight lifting but the hormonal stimulus that this induces. That said, the growth factors most involved in the hyper trophic response are: 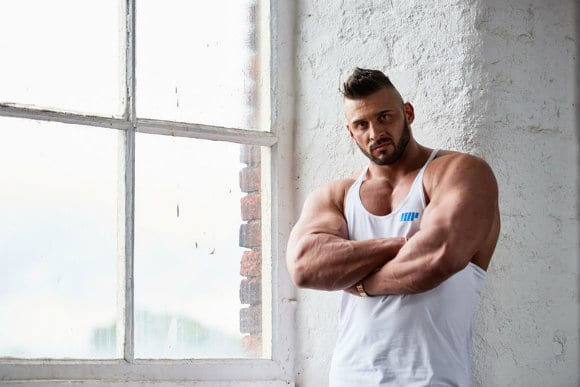 MTOR is a voltage dependent enzyme, that is it is closely related to the tension that is applied to the muscle tissue, if we are talking about its induction.


This enzyme is also produced in response to the intake of certain macro nutrients and as mediators of other hormonal growth pathways. The role of the mTOR is very important because it is a key element in the processes of muscle hypertrophy.

As its catalytic activity is closely linked to protein synthesis and protein transcription, it is evident that an abundant presence of this enzyme facilitates muscle growth processes. The question that arises spontaneously is: under what circumstances is the production of mTOR encouraged? The production of mTOR is stimulated by states of accumulation of waste metabolites and in states of oxygen deficiency in the muscle tissue.

These two circumstances just mentioned occur just when the muscle fiber is stretched to the maximum (obviously eight high voltages) and when the exercise lasts between 40- 70 seconds. In this condition there is a state of oxygen deficiency and a (partial) breakdown of the contractile proteins of the muscle. This leads to the release of hydrogen and lactate ions which are the previously mentioned waste metabolites.

The breakdown of contractile proteins is also a stimulus to the production of mTOR. Having explained these mechanisms, we can appreciate the importance of a maximum ROM for the production of mTOR: if the muscle is stretched under tension, these enzymes are released which contribute to hypertrophy.

A practical example: doing deadlifts by itself does not stimulate the fibers of the high trapezius from a contractile point of view, yet the high tension that the weight applies to this muscle district induces a remarkable growth.

Somatomedins are hormones of protein origin who are directly and extensively involved in anabolism.

These growth factors are: IGF-1, IGF- 2, IGF-3 and MGF. The first three have a very similar if not practically analogous action and are produced for the most part by the liver and to a lesser extent by other tissues. IGF (insulin like Growth Factor) is produced in response to the stimulus of GH (growth hormone), through binding mechanisms with other proteins it is released into the bloodstream and stimulates target cells.

Its action (as the acronym suggests) is similar to the action of insulin: it stimulates cell proliferation especially at the level of satellite cells (present in cartilage and muscle tissue). This means an increase in the number of cells in these tissues and it is evident that this coincides with a growth response.

It is not correct in this case to speak of hypertrophy as it does not increase the nutrient content of the tissue, we should rather speak of hyperplasia as cell proliferation occurs. MGF is a mechanical growth factor (myostatin) and is an isoform of IGF-1 produced in the muscle tissue.

Among all 4 growth factors mentioned this is the most relevant because its production can be induced through physical exercise. Having elucidated (in part) the mechanism by which these protein hormones act, the question arises once again: under what circumstances does the production of FGM increase? The response is always in the phase of maximum tension combined with maximum elongation.

It is important to specify that it is not sufficient to apply a high tension in the phase of maximum elongation for good growth stimuli to be obtained. this hormone plays a key role but it is not the only responsible one, moreover one cannot think of applying disproportionate loads in the phase of maximum elongation simply because it would incur injuries.

It is necessary to take care of the execution and emphasize the stretching of the muscle (just with a max ROM). On the basis of this statement it is useful to make a selection among the exercises that are chosen in order to favor those that allow maximum elongation while maintaining maximum tension in the repetition of the joints. A practical example is to favor the supine grip tractions because they allow a greater elongation of the great dorsal muscle or to include the dumbbell curl on an inclined bench for the same reasons.

This aspect does not need many explanations: in order to increase one's mobility it is necessary to work on this by working on the limit that is currently available. Employing a maximum ROM in the exercises coincides precisely with this. In this case, too, it is necessary to make informed choices because one must always act with respect for the joints and other tissues. 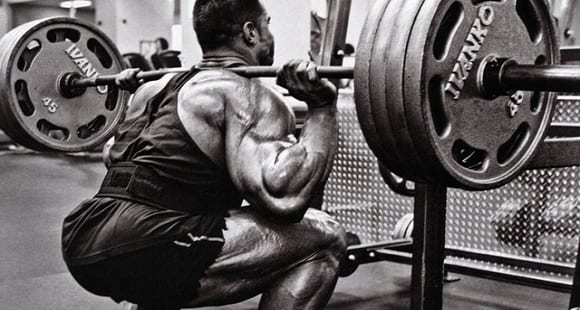 The last point takes into consideration both extremes of the ROM. In the phase of maximum contraction ("peak contraction"), by definition, the absolute highest muscle contraction is obtained. This has major benefits, the major being a good development of the mind-muscle connection.

Furthermore, a greater awareness of the muscle allows you to better master an eccentric phase of a muscle and therefore to benefit more easily from all the above. Finally, a maximum ROM is able to increase the resting tone of a muscle.

The concept of muscle tone is quite complex and needs a full explanation. In short, muscle tone visually coincides with the degree of activation that a muscle maintains when it is at rest.

Muscle tone can be increased by training a muscle more frequently and exploiting its maximum elongation combined with maximum contraction. Since muscle tone is closely linked to the "mental control" that one has of that muscle, it is evident that muscle tone and the mind-muscle connection are two elements mixed together.

The concept of maximum range of motion is something not to be underestimated and to always be taken into consideration, this confirms that correct execution and commitment are the key to results.

Audio Video ROM (Range Of Motion) | What's this? Because it is important?
Rugby: 6 Nations Tournament | How Much Do the Players Weigh? ❯

add a comment of ROM (Range Of Motion) | What's this? Because it is important?