Un completely vegan and cruelty free cheese, with the same nutritional value and the same taste than the conventional one. A dream? No according to a group of biohackers from California, which he managed to create in the laboratory Real Vegan Cheese, un sustainable substitute for classic cheese, done artificially, but without exploiting the cows.

The team drew on synthetic biology in order to succeed produce casein from brewer's yeast, that is the milk protein, starting from a genetic sequence found in mammals. One might wonder whether it is vegan and ethical for the genetic sequence to come from an animal.

Researchers put their hands forward and explain: these genetic sequences of natural milk proteins they do not come directly from animals, but from the sequence found in animals. Scientists take that piece of DNA to build the same sequence in the lab from scratch. The lab-grown sequence is fed into the yeast to make the necessary milk proteins.

The casein is then combined with oil, vegan sugar (refined sugar can contain cow bones, did you know?) To feed the bacteria and water, to produce a kind of vegan milk. This milky blend is the raw material for vegan cheese, which is then processed using a traditional dairy technique. In short, the process, as well as the concept, is similar to that of artificial meat made in test tubes. 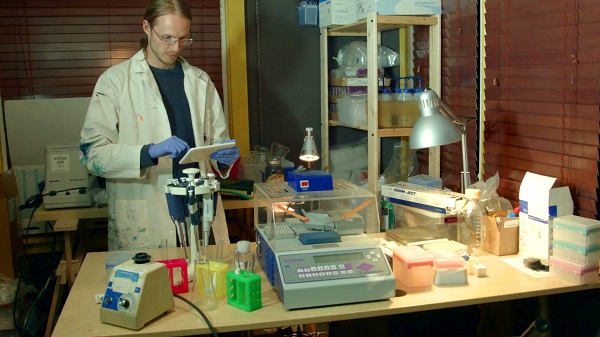 Furthermore, having complete control over the DNA sequences, the team can play with the variants of the four main proteins present in the cheese and design the product according to the health needs of consumers. Like this, we already think of a cheese made with human milk ...

In addition to those who do not consume milk for ethical reasons, related to the pollution of intensive farms and the exploitation of animals within them, the Animal-free Real Vegan Cheese it also wants to be a useful product for people suffering from lactose intolerance.


For now the researchers are in phase I, that of production of an initial cheese sample. But they hope to be able to make a large batch of yeast soon at the end of the project, so that they can get enough protein to make a little cheese, which they will send to the supporters of their campaign. Indiegogo crowdfunding.

Someone may find this exciting, someone else creepy. But would you eat a cheese created in the laboratory, albeit vegan and cruelty free?

Cheeses with and without animal rennet

Test-tube meat: in the future a laboratory in every city?

add a comment of Real Vegan Cheese: the cruelty free cheese synthesized in the laboratory