Protein: Better at Breakfast or Dinner to Build Muscle? 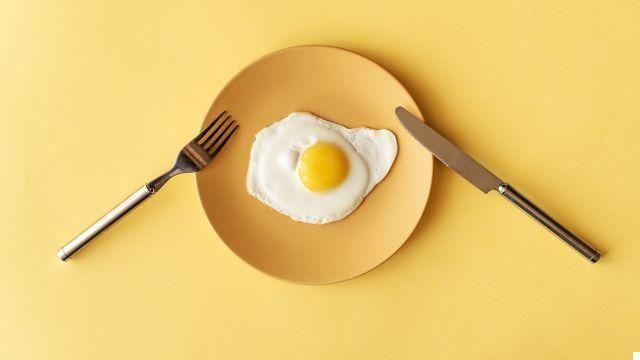 Protein and muscle: how to combine the intake of the former to build the latter? According to chrononutrition, the science that studies the synchronization of meal times (also in consideration of their composition in nutrients) with the internal clock of the organism, one moment is not the same as another to eat. On the contrary, it is fundamental eat at specific times e compose the meal menu also according to the time they are made. In fact, the nutritional benefit of foods varies according to the time of day in which they are consumed. When the goal is to build muscle mass, it is not enough to increase the protein intake. It is also important to understand when it is best to include them in the diet: for breakfast or dinner? According to a recent study by a group of scientists from Waseda University in Tokyo, Japan, and published in the journal Cell Reports, the protein consumed in the morning promotes muscle growth more than the protein consumed throughout the day. If you want your muscles to increase in volume, therefore, it is good to get used to having protein breakfasts.

"For humans, in general, protein intake at breakfast averages around 15 grams, which is less than what we consume at dinner, which is around 28 g. Our results strongly support the change in this norm. and consuming more protein at breakfast or a morning snack, "said the study's lead author, Prof. Shigenobu Shibata.

What is the circadian rhythm

The human body generally follows it same natural pattern of 24 hours every day. This is the circadian rhythm, a rhythm that impacts the behavior of cells and the body's chemistry. influencing fundamental processes, such as metabolism, digestion, growth, sleep.

Respecting the internal circadian rhythm and keeping it synchronized with the natural cycle of light and dark is essential for both short and long-term health. When this harmony fails, problems can arise. Think of shift workers: during the night shift, the hormonal and circadian cycles are completely interrupted, which induces a state of neurological, hormonal and immunological depletion. Chrononutrition is a research field that explores the possible benefits of aligning food consumption precisely with the circadian rhythm.

In the past, other research has shown that eating protein earlier in the day - at breakfast and lunch - was important in promoting stronger muscle growth. The new study not only confirms this hypothesis, it goes further, investigating this phenomenon even more deeply and focusing on mealtime. According to the authors, eating protein for breakfast allows you to develop muscles to a greater extent because at this stage of the day the body is more metabolically active e in one state potentially anabolic, that is of growth, strength and hypertrophy.

The authors of the Japanese study studied the effect of eating protein early in the day from three angles.

The researchers first fed two groups of laboratory mice with proteins in the form of amino acid supplements branched chain (BCAA): one group at breakfast and one at dinner. At breakfast, proteins made up only 8,5% of the meal consumed, while at dinner the animals consumed a higher percentage of protein, equal to 11,5%. They then monitored their muscle hypertrophy (an increase in muscle cell size), measuring it in the plantar muscle on the back of their lower leg. They thus discovered that the muscle growth was greater in the mice that received protein at breakfastdespite the fact that the overall amount of protein was less than that given to the other group.


To confirm that the difference in muscle mass between the two groups of mice depended on the time of day they consumed their protein ration, the researchers repeated the experiment with mice deprived of the Bmal1 gene in their muscle cells, a gene which is essential for maintaining a regular circadian rhythm. These animals were also divided into two groups: one was given protein supplements in the morning and the other in the evening. Well, the scientists found no difference in the effect of eating protein at breakfast or dinner on muscle hypertrophy in these mice.

Finally, to see if the effect would transfer to humans, the researchers recruited 60 elderly women, in which the daily protein intake was in line with the recommendations of Japanese health experts. Half of the women reported eating more protein for breakfast than dinner, while the other half reported the opposite. Although there was no difference between the two groups in terms of activity level, body mass, height, body mass index, fat mass, physical function or dietary intake, the group that ate the protein earlier in the day had higher muscle mass. In women who took the protein earlier in the day, the skeletal muscle mass index and grip strength were significantly higher.

Audio Video Protein: Better at Breakfast or Dinner to Build Muscle?
Squats: how to protect the knees ❯

add a comment of Protein: Better at Breakfast or Dinner to Build Muscle?