Pomegranate: how to use it in the kitchen 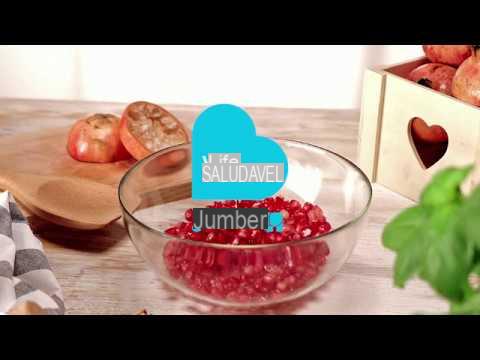 Il pomegranate is a shrub that produces fruits rich in vitamins, minerals and antioxidants. Let's see what it contains, how it is cleaned and how pomegranate is used in cooking.

What is pomegranate and what does it contain

Il pomegranate (Punica granatum) is a shrub of the Punicaceae family native to Asia and widespread throughout the Mediterranean area. In the village there are several pomegranate cultivars.

The pomegranate produces beautiful red flowers from which particular berries called balustrades, commonly known as pomegranates, typically autumn fruits that can be purchased in any fruit and vegetable shop.

The pomegranate also contains vitamin A, C, B9 (folic acid) and E and minerals, especially potassium and iron. The spomegranate juice it is rich in glucose, organic acids, anthocyanins and catechins.

The pomegranate and the juice made from it have anti-inflammatory and antioxidant action, while the root bark is traditionally used as an anthelmintic.

Use of pomegranate in the kitchen

La pomegranate it is consumed as a fruit for breakfast, as a snack or at the end of a meal but can also be used for the preparation of sweet and savory dishes.

I grains of the pomegranate for example they can be used to garnishe salads, main courses, desserts and liqueurs but also to prepare unusual and tasty risottos and pasta dishes, added at the end of cooking.

The flavor of pomegranate goes well with that of ginger, fish and white meats, but the sweet and sour taste of this fruit is also easily combined with pumpkin, persimmons and broccoli.

Il pomegranate juice it can be used instead to prepare sweet sauces to garnish and flavor sorbets, yogurt, spoon desserts and cocktails. Pomegranate juice is also used in cooking to make jellies and sauces to accompany cheeses, dress salads or garnish first and second courses.


Pomegranate, how to clean it

obtain the pomegranate seeds easily to be used in the kitchen, the upper part of the fruit is removed with a knife, then the rind is cut into wedges.

In this way the pomegranate will open into wedges and it will be possible to obtain the fruit's kernels. Alternatively, after removing the top of the pomegranate, it is rotated on a plane using the palm of the hand, to ensure that the grains detach from the peel and from the internal pericarp. The pomegranate will then be beaten with a spoon to drop the grains, to be collected in a bowl.

If you want get pomegranate juice, just cut the fruit in half and squeeze it with a juicer, just like you do for oranges.

Read also The properties and cosmetic uses of pomegranate >>

Audio Video Pomegranate: how to use it in the kitchen
Moluccan nuts: characteristics and properties ❯

add a comment of Pomegranate: how to use it in the kitchen