People with prejudices: Do not be consumed in giving explanations to those who believe only what they want to believe 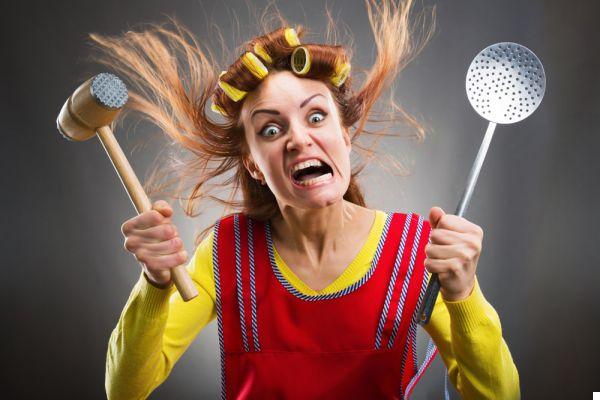 When two mature people "argue" on a topic, even if they don't reach an agreement, they end up gaining both of them because by listening to each other's arguments, they learn something new or get a point of view that enriches theirs.

On the other hand, when a prejudiced person takes part in the discussion who hears only what he wants to hear and believes what he wants to believe, the conversation will be useless because there will be no arguments or explanations that can make him think, or at least make him understand ours. point of view.

Unfortunately, the world is full of people with prejudices and even we ourselves may have behaved this way a few times. Trying to reason with a person who hides behind his prejudices is not only useless, it also destroys us emotionally. The first step in avoiding falling into the trap is learning to recognize them.

How to recognize people with prejudices?

People with prejudice are those who form an opinion, usually of a negative nature, about something or someone before they know it.

These people prejudge things ahead of time, and the worst part is that they are unable to change their minds in the face of facts.

- They have a rigid value system and harshly criticize anything beyond that.

- They have a dichotomous thinking, of the type "all or nothing", so they are not able to understand the different nuances of life.

- They believe their point of view is the only correct one, and everyone else is wrong.

- They are fixed only in the facts that validate their opinions while ignoring any evidence to the contrary.

- They quickly draw inferences, based on their limited experience, and these generalizations apply them to everyone.


- They are not interested in reaching agreements with others, but only in affirming their own opinion.

Why shouldn't you argue with these people?

Arguing with these people is useless. The problem is that from the beginning they barricade themselves in their prejudices, they do not open up to new ideas and are unable to adopt an empathic attitude.

These people tend to practice what is known as selective listening, meaning they only focus on the parts of speech that validate their ideas, ignoring the rest.

They are also specialists in directing conversation and using emotional manipulation, so they are likely to eventually end up recognizing mistakes or flaws that aren't yours.

Since their goal is not to understand you, but to criticize, it's best not to fall into their game. It is therefore important not to let them alter your emotional balance. Accept that this is their opinion and that they will not change it. Therefore, you can resolve the issue by saying, “I understand this is your opinion, but I don't agree with it. I think it makes no sense to continue talking about it ”.

People with prejudices end up being victims of their own prejudices

If you are a prejudiced person, you need to know that you are socially disadvantaged. A group of psychologists at the Federal Polytechnic School of Zurich has discovered that prejudices are only useful in the short term, to form a quick idea of ​​the person in front of us, but in the long term they become limiting and harmful.

In the experiment, the psychologists made the participants engage in a computer game in which people could follow two strategies: be friendly or hostile. However, if a player was friendly and met another who was not, he lost. Therefore, people could decide which strategy to adopt, even based on a quick analysis of their opponent, through a bias.


Psychologists found that people with prejudices did not learn from their mistakes, so they were unable to regulate their behavior and kept losing. The problem is that prejudices do not serve as a compass when social situations are more complex and only cause us to misjudge the person in front of us or partially, turning a deaf ear to the signs that we are off track.

Since prejudiced people only fixate on one trait, they often lose sight of the big picture, and this will cause them to miss out on good opportunities or become socially isolated.

People full of themselves, because they annoy us so much ❯

add a comment of People with prejudices: Do not be consumed in giving explanations to those who believe only what they want to believe