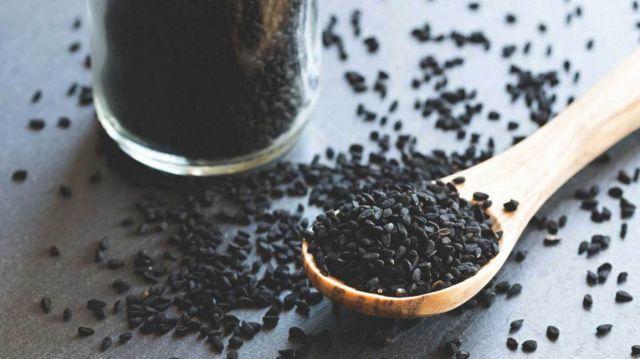 La Nigella Sativa, (or Kalonji, better known as Black Cumin) is a leafy plant native to China, India, the Middle East and the Mediterranean region.

The fruit of the plant is the cumin seed and is popular around the world as a spice. Cumin has become the subject of medical research and some studies claim that this spice possesses health benefits.

Most declared benefits of the nigella sativa they have to do with digestion, the immune system and circulation. Some benefits of black cumin they need to be proven in further clinical studies, while some remain difficult to prove.

Cumin seeds contain natural substances that act like antioxidants. This means that these substances (called apigenina e luteolina) prevent the tiny free radicals, which attack healthy cells, from being successful.

The oil extracted from cumin seeds is used as an effective larvicide and antiseptic agent. The oil also kills strains of bacteria resistant to other antiseptics. Researchers believe cumin can help kill harmful bacteria that attack the immune system. This could explain why cumin has always been used as a food preservative over the centuries.

The most common traditional use of cumin is for indigestion. In fact, modern research has confirmed that cumin can aid normal digestion.

For example, it can increase the activity of digestive enzymes, potentially speeding up digestion. Cumin it also increases the release of bile from the liver which helps digest fats and some nutrients in the intestines.
Cumin can help the central nervous system be more effective.
This can result in sharper memory and greater control over the limbs.

The properties of cumin, precisely because of the impact on functions of the central nervous system, could be the basis of a therapy for Parkinson's disease.

In herbal medicine cumin is related to the element of water. According to the Taoist doctrine, the cumin seed would be able to teach the ability to become cloud, rain and snow while remaining faithful to its nature.

Tradition says that this spice would also be able to provide protection against the evil eye and propitiate eternal love.

Audio Video Nigella Sativa or Kalonji, properties and benefits
Baobab: the 5 reasons to integrate it in the diet ❯

add a comment of Nigella Sativa or Kalonji, properties and benefits