Motivation: A higher reward does not increase it 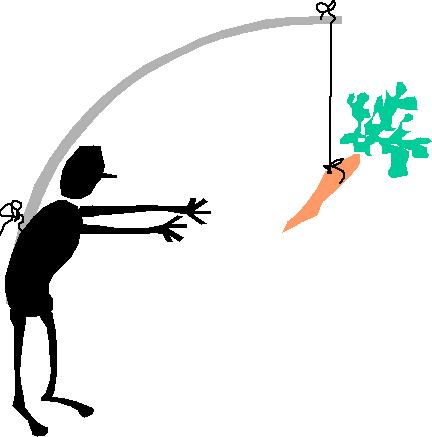 We all grew up with the idea that hard work must be rewarded for the person to feel motivated and to commit even more. Perhaps this is one of the fundamental principles common to all chiefs of staff, but there are occasions when rewards have the opposite effect. Rewards play a rewarding and motivating role in almost all circumstances but in some moments they provoke diametrically opposite behaviors, let's take a look at this experiment carried out by the Universities of Stanford and Michigan. The researchers were interested in proving what is known as the hypothesis of over-justification (over-justification). Thus, they recruited 51 children between the ages of 3 and 4. Their parents used to use the reward system quite frequently as an essential motivating factor. The children were randomly assigned to one of three groups: 1. Expected reward. The children were told that they would get a certificate if they took part in the experiment. 2. Unexpected reward. The children were given a certificate after the experiment but were not anticipated that they would receive it. 3. No reward. The children did not expect any rewards and in fact they were not given anything at the end of the experiment. Each child was taken to separate rooms where he could entertain himself by drawing for six minutes. Afterwards each of them, according to the group to which they belong, was given the reward or not. In the following days the children continued to be observed in order to evaluate their desire to continue drawing, even if there was no reward. Surprisingly, the children who were anticipated to have a reward at the end of the effort greatly diminished their interest in drawing while the children who were given an unexpected reward increased their desire to draw; although it is necessary to point out that there were no differences between the group that received an unexpected reward and the group that received no reward. Of course, this phenomenon has not only been observed in young children but also extends to other groups. People with whom a reward system was used showed immediate improvements in treatment but after three months they worsened compared to those who received no reward. Indeed, those who received the "prize" tended to lie more about their progress. Some psychologists have come to the conclusion that tangible (material) rewards have a very negative effect on the intrinsic motivation for any activity. The explanation for this phenomenon is simple, there are two possible causes: - The person was not intrinsically motivated, for which the results of his activities were due to the external motivation that caused him the possibility of accessing the reward, so that, when the reward lost its motivating power of behavior, the motivation and effectiveness diminished. - The person varied his degree of motivation for the activity. Initially, children were intrinsically motivated for drawing but the ability to access a reward acts as a more important motivator that supplants the earlier motivation. Thus, when there is no reward or the reward is the same, the activity ceases to be rewarding for the person and diminishes its effectiveness. This is the confirmation of the hypothesis of over-justification which states that when we see a person carrying out a certain activity we tend to imagine that this is enjoyable, that he is intrinsically motivated; however, this is not always the case. When people are offered the opportunity to access a material reward for accomplishing a certain task, the intrinsic motivation for the activity decreases because it focuses on the reward itself and not on taking pleasure in what you are doing.

You have two opportunities in life: Enjoy in the first row or die slowly in the third ❯

add a comment of Motivation: A higher reward does not increase it