Miso it is one of the fermented derivatives of soy, rich in vegetable proteins, free of fats and cholesterol, and widely used in oriental cuisine. Let's find out better.

> 2. The properties and benefits of miso 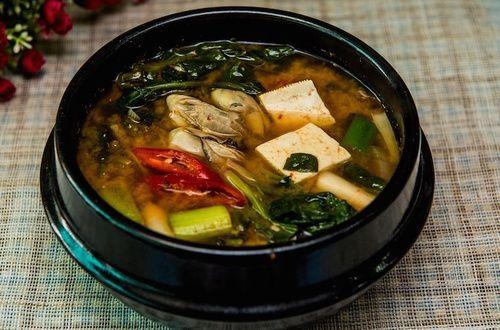 Food that comes from an ancient Japanese tradition, it is one of the fermented derivatives of soy traditionally used in the East to integrate, with easily digestible proteins of high biological value, a diet usually poor in foods of animal origin.

Japan, with over 7 kg of miso per person consumed per year, leads the world ranking of consumers of this food which has been slowly gaining ground in Europe for some time. Even today, 130 million Japanese people start the day with their miso soup.

It is obtained from the long fermentation of soybeans yellow in water and sea salt - sometimes with the addition of different grains such as rice or barley - which occurs under pressure in cedar wood barrels and sheltered from the air. During the 12-24 months it is subjected to two or three rackings which have the function of oxygenating the fermenting mass and at the end of which a dark paste is obtained, with a characteristic aroma and flavor, containing a good 12-14% of proteins already partially "digested" (and therefore more assimilable), mineral salts, trace elements, vitamins and enzymes.

Miso made from soy alone is called Hacho miso, traditionally consumed by the imperial family.

Properties and benefits of miso

Maltose and glucose are broken down to produce alcohol and organic acids responsible for the fragrance of miso. The hydrolysis of fats produces fatty acids that react with alcohol and give miso its typical aroma.

Chemical characteristics: miso contains a high percentage of vegetable proteins and also provides all the eight essential amino acids, but without cholesterol or fats like animal food. It is rich in alkalizing mineral salts, calcium, sodium and magnesium which help fight the acidity of the blood.

In conjunction with cereals, miso proteins complement those of the cereal itself (and in particular those of rice), making them much more usable. If you consume a cereal dish accompanying it with Miso, the amount of protein that our body takes on also increases by 30 - 40%.

Like miso, mopur is also a substitute for animal proteins: find out more

Other than protein intake, miso is precious for the overall health of the organism, precisely because of its high content of vital elements very often lacking, if not completely absent, in today's diet.
The properties of this food are:

Miso comes as one dark colored paste which, always diluted with a little water, can be used to enrich flavor such as a vegetable nut added only at the end of cooking, soups and soups, dishes of cooked vegetables and cereals and to which it gives a delicious aroma.

It can be served hot and enriched with vegetables (leafy greens, potatoes, daikon roots, onions and more), seaweed or tofu.

However, the advice is to use unpasteurized miso (because the temperature of the pasteurization inactivates the lactobacilli and enzymes) and of biological quality.

Some vegetables such as cucumbers, eggplants and daikon roots are preserved in brine by soaking them for some time in miso. Meat and fish, immersed in miso for long periods, lose their strong odor.


Today there is also one on the market instant miso soup. It is very convenient as all you have to do is add boiling water to the ingredients in the box, freeze-dried ingredients such as seaweed, vegetables and so on.

Although it tastes slightly different from that of a miso soup made with fresh miso, the instant soup is nevertheless quite pleasant and freeze drying does not make substantial changes in the quality and color of the ingredients.

Although large production plants are growing in number, there are still only about thirty, or 1,5% of the total, capable of a annual production of more than 3.750 tons.

Martin Halsey, a nutritional biologist and student of Michio Kushi's school for many years, jokingly illustrates the effects of miso on the body as follows: "Imagine a army of little Japanese with brushes and sponges that clean the entire intestinal tract with great vigor, putting the intestine and the entire digestive tract back in place ”.

Miso among alkaline foods: discover all the others

> Miso in macrobiotic cuisine and its recipes

Audio Video Miso: description, properties, benefits
Einkorn wheat: properties, use and where to find it ❯