Meloncella and barattiere, the hybrids of Salento 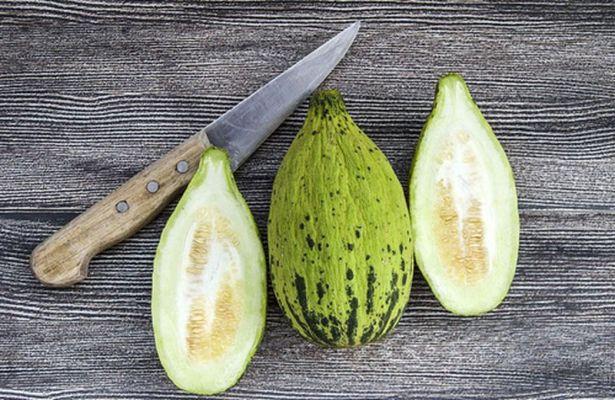 What are the meloncella and the barattiere

Both the meloncella and the barattiere belong to the Cucurbitaceae family e are 2 typical vegetables of Puglia, easily present in the poorest dishes of the Mediterranean diet and cuisine.

We better call them "ancient and forgotten fruits", as both, a lot in vogue more than a century ago, they then fell into oblivion, to reappear on the table and among the market stalls in recent years.

These 2 Spontaneous hybrids have a mysterious history e they are very similar, both being a cross between the immature melon and cucumber; also the taste is similar to that of cucumber, but more delicate and which closes with a sweet note, just like melon.

Rich in water and thirst quenchers, the farmers who work in the fields, for a long time under the scorching sun of the south, used to quench their thirst by eating these meloncellas and barattieri, and often exchanged them for other foods, hence the name "barattiere".

Nardò, Copertino, Leverano, Galatina and Taviano: here are the areas of Lecce where you can find meloncella more easily.


The meloncella has cylindrical and elongated shape and the peel, covered with a thin hair, hides one light, juicy and crunchy pulp.

Meloncella also exists in variety of darker or paler green, or have light ribs.

Where to find the barter

Gravina, Fasano, Ostuni: this is the area where the production of barter jars has historically been attested, slightly further north then compared to meloncella.

In fact there are so many varieties of this fruit that each one has a different name, but they differ little from each other.

The barter is in fact very similar to the meloncella, too easier to digest than cucumber since it does not contain cucurbitacin.

Light: "Puglia, The coastal cuisine of the Mediterranean" by Peppino Manzi.

Read also How to eat the barter >>

add a comment of Meloncella and barattiere, the hybrids of Salento