On this site, as in many others, we often talk about Mediterranean diet.

The term diet is however improper because, more than a real diet program, it is a food style made up of rules and habits inspired by the Mediterranean tradition.

Birth of the Mediterranean Diet 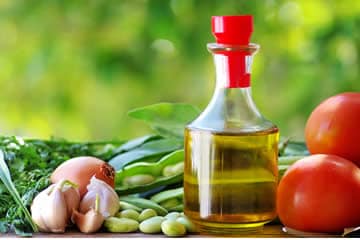 In the 50s, Ancel Keys, an American nutritionist, noticed that the populations of the Mediterranean basin were less susceptible to certain diseases than Americans.

From this observation arose the hypothesis that the Mediterranean diet was able to increase the longevity of those who followed her.

The same scholar, having returned to his homeland, continued such research for years, which culminated in the writing of the book Eat well and stay well, the Mediterranean way ".
In this book, the results of the famous "Seven Countries Study" were reported, which for twenty years monitored the diet and health conditions of 12.000 people aged between 40 and 60, residing in different countries such as Japan, USA, Holland , Yugoslavia, Finland and your country

Keys' initial hypothesis was at that point confirmed and the Mediterranean diet was proposed to the whole world as the ideal diet to reduce the incidence of the so-called "diseases of well-being"
Therefore, starting from the 70s, an attempt was made to spread the typical eating habits of the Mediterranean diet also in the United States. Cereals, vegetables, fruit, fish and olive oil were proposed as an alternative to a diet too rich in fats, proteins and sugars.
To summarize all the principles of the Mediterranean diet and to appeal to the population, a simple food pyramid was proposed in the 90s that reported the distribution in frequency and quantity of foods throughout the day. In particular, at its base there were the foods to be consumed several times a day while at the apex the foods to be limited were reported.


For further information: Video: How was the Mediterranean Diet born?

The image shows the Food Pyramid of the Mediterranean Diet revisited in a modern key.

Please note: the cereals at the base of the pyramid, to be consumed at every meal, are considered whole. On the other hand, refined ones and potatoes are included among the foods to be consumed in moderation.

The Mediterranean diet is mainly focused on the correct choice of foods, while the caloric aspect plays a secondary role. The sobriety and moderation of the portions, however, represent an essential element for the correct application of this diet.

As an indication, an adult man would need about 2.500 calories every day, of which 55-65% should come from carbohydrates, 20-30% from lipids and only 10-15% from proteins.
The most important principles of the Mediterranean diet are contained in the following guidelines:

The site contains several examples of diets drawn up according to the canons of the Mediterranean diet, here are some proposals:


As we will see in a few lines, pasta, seasoned with the fruits of the earth, helps us to live better and longer than a quick meal with various sweets and too fatty meats.

For further information: Video - Foods of the Mediterranean Diet

Some principles of the Mediterranean diet represented and still represent the best defense against diseases such as atherosclerosis, hypertension, myocardial infarction and stroke.
The diet based on bread, pasta (preferably wholemeal), vegetables, fish, olive oil and fruit, provides proteins, lipids and sugars with high nutritional value, low in cholesterol, saturated lipids and simple sugars; it is rich in vitamins, mineral salts and non-digestible fibers.
Fruits, vegetables and whole foods precisely because they are extremely rich in antioxidants have a protective action against cardiovascular diseases and some forms of cancer.


For further information: Video - Health Benefits of the Mediterranean Diet


The Mediterranean diet also represents a historical and cultural heritage of great importance and is proposed as a symbol of a cuisine whose simplicity, imagination and flavors are appreciated all over the world.
The typical dishes of the Mediterranean diet therefore represent first-rate gastronomic and nutritional excellence. The short cooking enhances the aromas and flavors of all the ingredients, each of which expresses strong nutritional and protective properties.


CONTINUE: Is the Mediterranean diet out of date? "