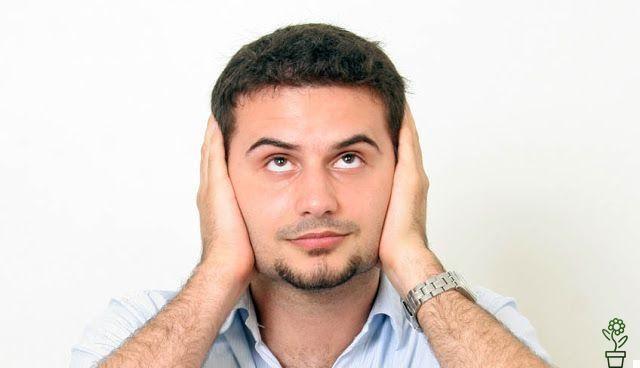 To face life in a positive way is
need to be flexible with its ups and downs. Anyway, very often
this flexibility is clouded by emozioni.
The fact is that we react differently to problems depending on
how intense are our emotions.

Now a new study developed by the University of
Stanford sheds new light on what might be the best strategy
to deal with emotions whenever we have a problem. This study has
found that when people experience very intense negative emotions,
they tend to separate their attention from them, while when they do
they are of lesser intensity reflect several times on the emotions trying to
neutralize them. Emotions are very useful. For example, fear is
an alarm signal that activates us mentally and physically and us
prepares to escape from a possible
danger. However, they sometimes turn into a problem that causes depression
and anxiety. Fortunately, we have the ability to "correct" ours
emotions. By analyzing the behavior and techniques used by
thousands of people to deal with emotions, these seekers have come
to the conclusion that most of us basically use two
techniques: distraction or reconsideration of the situation. For instance,
if we are waiting in the dentist's anteroom and are assailed by fear e
anxiety, we will probably try to distract ourselves by reading some magazines we find
on a table or trying to converse with the people they are waiting with
we. In this way we ensure that our emotions do not escape ours
check; this is a technique that we implement more or less in a way
aware. In this experiment, the researchers prepared the
participants in the practice of the two most used techniques to address the
negative emotions: distraction and reconsideration. Later they did
seeing images that generated low intensity emotions, like a
snake crawling in the grass, or more intense, the same snake in attitude
threatening ready to bite. Another experiment was to tell ai
participants who would have received small power surges, while
one group was told that the discharges would be of high intensity e
painful. This is to increase the level of anxiety. In both experiments, when the emotions
negative had a low intensity, people preferred to choose to
reconsider the situation, analyzing all the intervening factors and saying
to themselves that the situation wasn't all that bad. However, when the
emotions were too intense everyone preferred the distraction. This first approach to the forms that use the
healthy people to deal with emotions and reality is crucial, given that a
starting from this, new therapeutic lines can be established. Indeed,
Many doubts have recently arisen as to the usefulness of the action
psychological (especially group) in the face of crisis situations. Like this,
in recent years we appreciate a combination that is stronger than ever
psychological techniques with less elaborate and increasingly functional strategies e
natural.
Introverts see the world more accurately than extroverts ❯