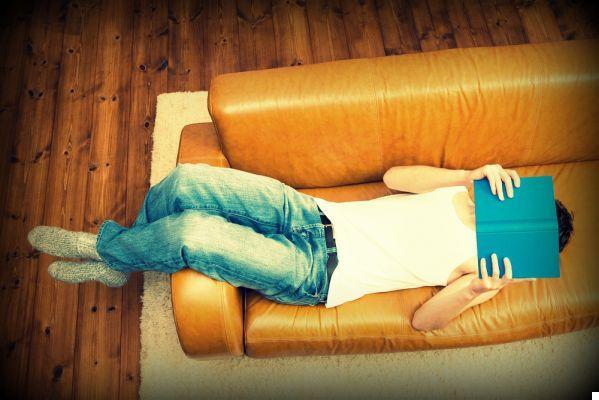 Over the years the company has rewarded extroversion. The ideal of success is linked to a person open to the world, sociable and empathetic, who moves easily in different social environments. So the introverted people they may feel neglected or disadvantaged. In fact, many of them struggle to be more extroverted as on occasion they have felt ridiculed or even been labeled as "maladjusted." However, extroversion and introversion are just different ways of dealing with the world and relationships. social. Now, a study conducted at Dartmouth College reveals that introverts have a much more precise and objective perception of the social environment than extroverts.

The paradox of friendship and the inclination to extroversion

The study in question analyzed the interaction of two key factors in a group of 284 master's students: the level of extroversion and homophilia. There homophilia refers to the fact that people with similar levels of introversion and extroversion are more likely to seek out friends within the same group.These students responded to two interviews, the first five weeks after the start of the college course and the other after 11 weeks. They also completed questionnaires that inquired about who they socialized with and tests to assess their level of introversion / extraversion. extroverted people they tend to connect with other extroverts, so their social environment often includes a majority of extroverts. However, introverts have been more likely to create a more "balanced" social environment, which represents a more complete demographic group. As a result, extroverts tend to fall into what is known as the "Paradox of Friendship". This theory was proposed in 1991 by sociologist Scott Feld, who noted that most people have fewer friends than their friends. This is because we usually choose as friends people who, in turn, have many friends. We prefer extroverts rather than introverts. Therefore, the likelihood that our friends will have more friends than us are very high.In this study it was observed that extroverted people think they are much more social than they really are, this is due to the inferences they have about themselves, and their social relationships depend, to a large extent, on the social environment they have built. That is, extroverts tend to go out often and meet like-minded people. From their point of view, the world is full of interesting people. Introverts, on the other hand, are aware that there are many interesting people but they also know that they are not everywhere, so if you are an extrovert you may have a distorted view of you and your friends. But if you are introverted, you may have a much more precise and objective idea, due to the fact that introversion stimulates qualities such as reflection and the ability to observe skills, which allow you to better gaze at the social environment and understand how it works. In fact, contrary to popular belief, introverts are not bad communicators. They simply prefer to spend their time with smaller groups of people rather than immerse themselves in the crowd. They value the quality of relationships, rather than quantity. Finally, did you know that introverts are better stewards than extroverts? It has been shown that people with a tendency to introversion not only manage their time better, but can also manage a business better. Another study conducted at the University of Pennsylvania found that proactive employees work better when they are under the guidance of an introverted person. This is because introverted leaders are more likely to listen and pay attention to the people under their command, as well as to recognize their efforts.
Scribbles help to remember ❯