Look in the right place 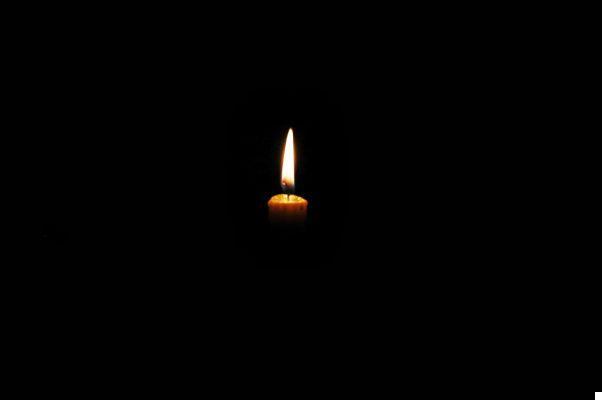 “A drunkard looks anxiously for something under a lamppost. A policeman approaches and asks him what he lost. The man replies: "My house keys". Now two are looking for. Finally, the policeman asks the man if he is sure he lost his keys right here. The man replies: "No, not here, back there, but it's too dark down there to look there."

Surely, this story (which appears in the book "The art of embittering your life" by Paul Watzlawick) will seem absurd, without rhyme or reason. Who is stupid enough to put on the search of a lost object in a place where you have no chance of finding it? Why waste time and energy on a search that will not yield results?

Well, the truth is that we all at one time or another, to a greater or lesser extent, have acted like the drunkard of history. I would venture to say that about 70% of the cases I have had as a psychologist were people who presented themselves with a problem (which they apparently wanted to solve), when in reality the real problem was another.

When we move on a psychological level, the place where "the keys" fell is an even darker place and it scares us much more. So sometimes we prefer to look elsewhere, even if we know, more or less consciously, that our search will be fruitless. In short, that we are following a pattern that will not allow us to arrive at anything.

Why do we behave this way?

In the first place we meet people who are not very introspective. That is, those who when they get angry simply take it out on everyone, because they are not sufficiently aware of their inner world. Therefore, it is no wonder that there is something in them that is not working as it should, they do not even tolerate the possibility that there is something wrong with them.


So we find the people who don't accept where the keys fell. That is, those who suspect that part of the responsibility lies with themselves, but refuse to accept it; usually because the truth is too harsh to face effectively.

In both cases, the basis of this mechanism is our mental schemes. In our brain we always try to give a logical order to the world around us and we like the idea that this order remains unchanged so that we feel safe and confident. Continuing with the initial example: when we have the house keys in hand we feel safe, if they are
we lose panic immediately assails us.

The problem is that the place where we have lost the keys (which could represent our emotions, our values ​​and our beliefs) scares us even more, because if we start digging in that place we know that we will probably discover things that we do not we like them, things that contrast with the image we have formed of ourselves, therefore, to avoid cognitive dissonance, we do everything to avoid that place, even if it means looking for the keys in a place where we know we will not find them .

What is the result?

If we look for the solution where we cannot find it, not only will we be wasting time and energy to no avail, but we will be further fueling the problem. If we don't solve the problem, but keep thinking about it, it will eventually turn into a monster that gradually devours us and leads us to stagnation, generating feelings of insecurity and misery.

I understand that looking in the right place is scary… but doesn't the idea of ​​spending most of your life tormenting yourself without solving anything scare you even more because you are simply looking in the wrong places?

Of course, the solution does not lie in launching to search in the deepest darkness thus running the risk of dying of a heart attack, but rather in taking a candle and gradually breaking through the dark until the cause of the problem is identified, and with it. the solution.

What is a strong ego and how to develop it, according to Freud ❯

add a comment of Look in the right place