Leg soreness | What Is It Caused By? How to prevent it? 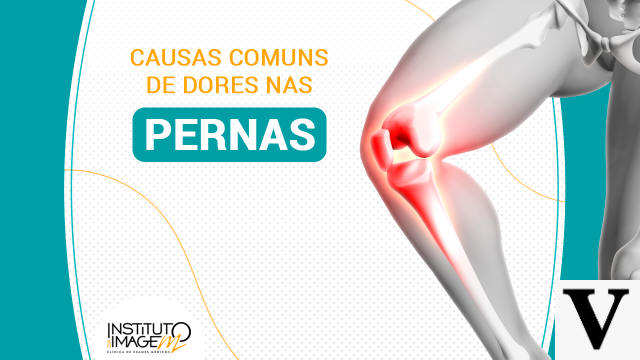 In this article we deal with the topic of "leg soreness". The classic phrase we hear after a particularly intense game of soccer with friends "Today my legs are distended .... I'm in lactic acid"

In reality, what in common jargon are called lactic acid pains, have a very different origin and are today known with the acronym of DOMS (Delayed onset muscle soreness), loosely translated as delayed onset muscle soreness: we are talking about classic sensation of aching legs that accompanies us after a heavy session of squats or lunges, or after a session of shots in HIIT or even a simple game of soccer with friends, especially if our level of form is not exactly optimal or if we you approached new exercises you were not used to.

Leg Sore: What Causes It?

Contrary to popular belief, DOMS are not due to lactic acid. The factors that mainly contribute to the onset of post-workout pain are generally:

Performing an exercise that you are not used to performing, such as in the case of an untrained athlete or a well-trained athlete performing a new exercise, causes muscle micro-injuries. These, in the regeneration phase, allow our body to adapt to this type of stimulus, improving its functional capabilities.


However, these little stresses bring with them an inflammatory response, which causes the pain we feel.

Generally speaking, the onset of pain occurs approximately 24 hours after exercise, reaching its most acute phase around 36-48 hours and disappearing within approximately 96 hours. Obviously these times are very indicative, and vary according to the intensity of the effort, its duration, the level of training of the athlete and his age, in addition to other conditions that we will analyze shortly.

In gyms, you often see kids go in spasmodic search for DOMS: for them, not having pain the next day means not having trained properly.

While it is true that some bearable pain is a symptom of having certainly worked effectively, on the other hand the intensity of the pain is not directly proportional to the effectiveness of the workout: if the next day I have excruciating pains that prevent me from walking like a normal person and to sit down without swearing, maybe I went a little further, even risking injury.

So how should I behave in the case of DOMS?

Many researches do not exclude the possibility of a mild training, to avoid an excessively long muscle recovery that can lead to a principle of de-training; surely choosing to subject the painful muscle group to a new workout risks leading to injuries and overtraining, thus not being an optimal choice.

Leg Sore: How to Prevent It?

Rather than eliminating DOMS once they have occurred, it is easier to prevent them.


The prevention of DOMS is particularly linked to its main cause, that is the micro-lesions: therefore we try to reduce the entity of the micro-lesions and to quickly repair the tissues once they have been injured.

In a very simplistic way, the key points to prevent DOMS can be summarized as follows:

There are many other unofficial remedies, such as massages, plants and roots, cryotherapy, etc., but their effectiveness has not yet been scientifically ascertained.

As we have seen with this article, leg soreness is not due to the accumulation of lactic acid as it is thought but more to muscle contractions, inflammation and muscle microtraumas. There are several ways to treat it, however the most effective cure is prevention given by proper nutrition and a good warm-up before each workout.

Audio Video Leg soreness | What Is It Caused By? How to prevent it?
Enlarge the Legs | Man legs ❯

add a comment of Leg soreness | What Is It Caused By? How to prevent it?