Enlarging the Legs: the 5 best tips

In this article I will analyze some aspects concerning training aimed at lower limb hypertrophy. Between a mix of science, personal experience and anecdotes, I will review what I believe to be the 5 best tips for getting legs that no one will ever mistake for toothpicks.

1. How to make your legs bigger

It may seem trivial, but the absolute most important tip for getting big (and strong) legs is to remember to train them.

Alas, the legs are the most neglected muscle district of all and most gym-goers around the world will make any excuses to avoid exercising them. Some eliminate the root problem by not including any lower limb exercises in their training schedule at all; while others suddenly realize that they have back or knee problems on the very day designated for leg training and are therefore "forced to skip it".

Why nobody likes to train their legs ?!

Training the lower limbs seriously is one of the least pleasant sensations you can experience in the gym: if you push yourself to almost exhaustion, your thighs burn madly, it is hard to walk for a few days and DOMS (acronym for delayed onset muscle soreness (translatable as delayed onset muscle soreness) can last up to a week; a huge amount of blood flows towards the lower limbs, depleting other body areas, so much so that it is not uncommon to see fatigue (people who are about to faint) and nausea and vomiting are frequent. 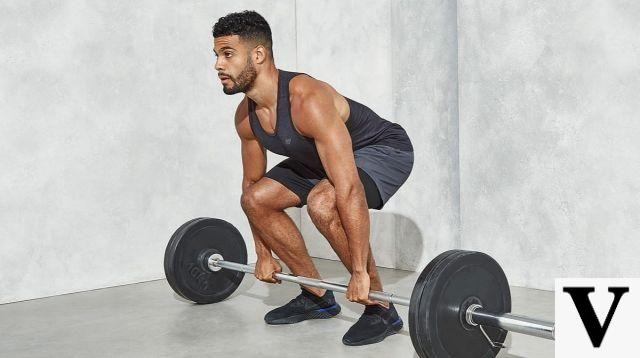 Although, fortunately, most of these unpleasant sensations are maximum at the beginning (i.e. when approaching resistance exercises or when suddenly increasing the intensity or volume of training) and tends to lessen over time. (if you train your legs constantly), the leg day will always remain the most tiring and painful of the various routines of your training schedule.

However, one thing is certain: if you want to get fat on your legs, you have to train them (in American gyms the saying “leg training is what separates the men from the boys!” Is famous!).

Wondering how to make your legs bigger? The most important exercise to train the legs is squatting (and it is even simplistic to call it an exercise only for the lower limbs).

I will not go into the details of the execution, the variants and the specific benefits of this exercise, given that these aspects deserve an in-depth and dedicated discussion and are widely examined elsewhere on the web. 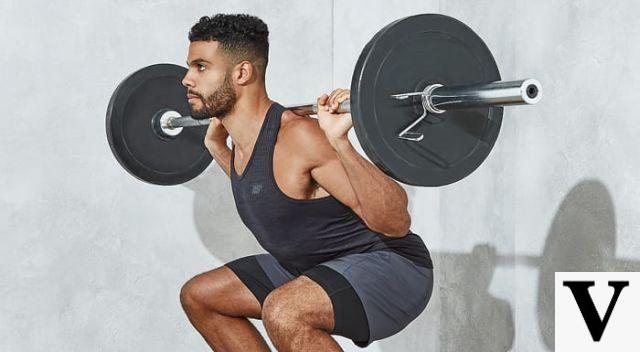 I will limit myself to saying that the squat is often defined as "king of all lifts" and that, in addition to the biomechanical aspect, it elicits a complex network of neurological and hormonal responses which, ultimately, contribute to the hypertrophy not only of the anatomical areas. involved primarily in movement, but in general of the muscles of the whole body.

Allow me to conclude this paragraph with a tribute to Tom Platz, the mythical blond bodybuilder of the 70s-80s, and still the holder of the "best turned" pair of legs that have ever walked the earth. In this short motivational video, Tom Platz talks about squatting in such a solemn and haunting way that it makes you want to stop whatever you're doing and head to the gym to squat until you pass out.

Although I have just convinced you (I hope) that the squat is an incredibly useful exercise, to get really big and beautiful legs you have to also perform other exercises to enlarge the legs.

First of all, the squat is indeed a multi-joint exercise that involves a large number of muscle groups, but, especially if you use flawless execution, the muscle group stimulated in a primary way is the quadriceps femoris.

Nevertheless, although it is quite rare to find in most gyms individuals with good overall muscle development of the lower limbs, it is even more difficult to admire someone with an adequate ratio of quadriceps and hamstrings (i.e. both the two main muscle groups of the thigh, respectively responsible extension and flexion of the knee) and / or between the thigh and calf.

So it's good to set up a training card which includes specific exercises for each of these 3 large anatomical districts:

lo squatting it is certainly the master, but we must not forget to include at least one isolation exercise, such as the leg extension, or at least to use from time to time variants of the classic squat (front squats, hack squats, Bulgarian squats, just to name a few ...) in such a way as to stimulate the quadriceps in a more varied way.

One of the best exercises to enlarge the legs (also known, somewhat improperly, as hamstrings or simply hamstrings or with the Anglo-Saxon expression hamstrings): the main exercises are the leg curl (in all its variations), deadlifts to legs tense, extensions on Roman bench.

The calf exercises to fatten up the legs basically consist of plantar flexions (i.e. the movement that the ankle makes when standing on tiptoe). When plantar flexion occurs with the knee flexed (as in seated calf raises), the soleus muscle is stimulated more; with extended knee (standing or donkey calf raises) the gastrocnemius muscle is stimulated more. 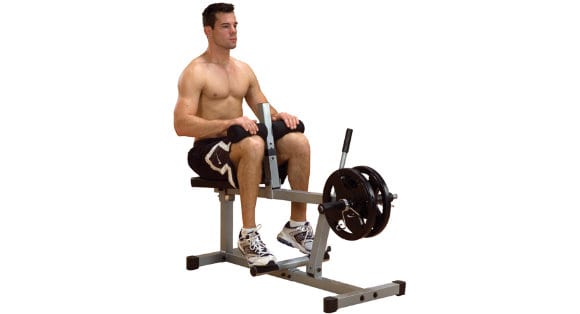 An exercise worthy of note but not classifiable in any of the 3 previous muscle groups and, perhaps for this reason, often overlooked by most, are the lunges. They too can be performed in various ways, but, in any case, they are an excellent method to activate the lower limb in a complete and exhausting way (especially if you insert them as the last exercise in the leg routine).

4. Start the Leg Workout with the weakest muscle group

In the wake of what has been said previously and that is that leg training can be really challenging, not only from a purely physical point of view, but also from a mental and concentration point of view, I recommend that you always insert at the beginning of the routine exercises for the muscle group that you consider least developed.

In this way, the energies, especially nervous ones, will be at their maximum and it will be possible to stimulate more effectively the muscle group that is most difficult for us to grow.

In the vast majority of cases (and this also applies to myself), the relatively more developed muscle group of the lower limb is the quadriceps, with hamstrings and calves often very deficient.

In these situations, it would be good to start with the relatively weakest muscle group and progress with the exercises, leaving the dominant muscle group for last. We will therefore have the need / opportunity to train the quadriceps last and perform the infamous squats when the muscles (and the nervous system) are almost exhausted. This will force us to use loads much lower than our standards (just to give an example, at the end of a workout, 100 kg of squats can be as demanding as 180 kg at the beginning of the same); you have to be aware of it and accept it on a psychological level.

In the long run, the results will pay off (mine calves, which were once a weak point of mine, have grown and are now at the same level as the quads, while the hamstrings are slowly but progressively catching up).

5. Listen to your body, but don't fossilize

This last tip is aimed above all at more experienced athletes, who have at least 2-3 years of serious and regular training behind them.

After a few months / years of constant training, it will happen that you have found your comfort spot, that is to say that you have selected a relatively small list of exercises, a certain range of sets and repetitions, a certain volume and a certain intensity with which you find yourself particularly comfortable and that seems to produce satisfactory results (this is true for leg training, but, more generally, it is applicable to all body districts). You may even have fallen in love with the squat to build up your legs and do it the same way, for the same number of sets and reps, every week, for years.

The advice I give you, on the basis of years of experience in the gym and theoretical studies, is to try to stimulate the body in an always slightly different way, to experiment with new exercises and / or variants of exercises already known, since our lazy organism it tends to get used to stressful stimuli and, ultimately, stops responding and adapting (in our case, the adaptive response we want is muscle hypertrophy).

So, heavy squats are welcome to enlarge the legs (lifting many kg is certainly satisfying and addictive), however, at least from time to time, change the exercises a little or at least perform some variations (try the Bulgarian squats for example; you will use a tenth of the weight but they will hurt twice as much!) to get out of your comfort spot; it will be harder at first, but in the long run, you will have more stimulation and your legs will get bigger.

Audio Video Enlarge the Legs | Man legs
Inhale and Exhale | How to Breathe During Exercise? ❯

add a comment of Enlarge the Legs | Man legs