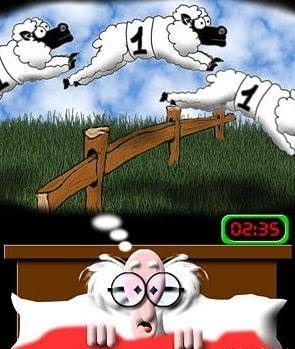 A popular belief is that one of the most effective ways to combat insomnia is to count sheep before falling asleep. I have never used it but a few years ago a study developed by the University of Oxford let us know that counting sheep would not help to reconcile sleep. Indeed, in a world where one in ten people suffer from insomnia chronic and in which this problem alone would cost the North American economy about 35 billion dollars a year, between car accidents and absenteeism at work, it is not surprising that scientists are concerned with evaluating the effectiveness of different methods (popular or not) to fight insomnia. To demonstrate the ineffectiveness of this ancient remedy for insomnia, the researchers recruited a sample of 50 volunteers who were divided into three subgroups: the first had to count sheep, the second imagined relaxing panoramas, and the third could choose the method they preferred. to help you sleep. The results showed that the group imagining relaxing scenes was able to fall asleep on average 20 minutes earlier than the others. However, people who counted sheep found it much more difficult to fall asleep. Obviously, these results are perfectly understandable given that the fact of counting sheep forces you to follow a numerical sequence and for this reason forces you to concentrate while keeping the brain alert, quite different from sleeping. On the contrary, letting oneself be carried away by relaxing images slowly promotes the inhibition of the cerebral cortex and consequently the appearance of sleep.

Insomnia and emotions: if you don't sleep well your mood suffers ❯

add a comment of Insomnia: Counting sheep does not help sleep