Arginine and Nitric Oxide for the endothelium

Arginine is a semi-essential amino acid as well as a precursor of Nitric Oxide (NO); 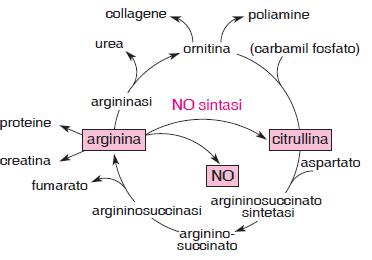 the arginine / NO pathway plays a fundamental role in maintaining vascular endothelial function (inner epithelial layer of blood vessels) and positively affects the internal regulation of blood pressure. The right amount of arginine, therefore of nitric oxide, determines an optimal circulatory response to stimuli of vasodilation and vasoconstriction, therefore it represents a potentially useful element in the treatment of patients suffering from coronary heart disease and systemic vasculopathies.

A study was recently published (university thesis by Francesco Rombolà - Dietitian) focusing on the effect of short-term supplementation with arginine. The sample examined was made up of 14 subjects, of which 7 healthy and 7 diabetic but without complications; the observations lasted 6 months during which the operators measured the blood pressure (systolic and diastolic) and the sphygmic wave (body position: supine, instruments: sphygmomanometer for blood pressure and oscillometer for pulsatile pressure on the vessel walls ); at the same time, the analysis of the nutritional status and the common blood chemistry tests were also carried out.
Through the food anamnesis the level of overall intake of arginine with the diet was estimated and then specific dietary patterns were developed to increase its intake. The foods richest in arginine, therefore added to the diet are: pine nuts, leg of guinea fowl without skin, leg of chicken without skin, whole rabbit and turkey; the most suitable cooking methods are: in the oven, in foil, steamed, grilled and in the microwave. 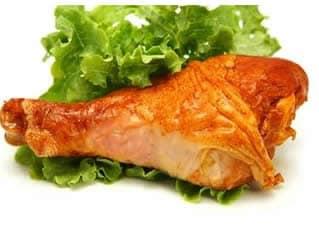 The feeding schemes administered were divided into 5 meals of which 3 main and two snacks.

NB. The concentration of the other molecules capable of interfering with blood pressure altering the results (omega3, polyphenols, flavonoids, etc.) was kept unchanged. The mean amount of arginine administered was 8g / day.

I achieved results they are excellent; the sample of healthy subjects found a significant decrease in blood pressure while the pulsatile pressure (pulse pressure - PP) remained unchanged. Also in diabetics, significant changes were observed: blood pressure decreased as did PP, while macrovascular elasticity increased.
The study confirms that in the "uncomplicated" type 2 diabetic there is still a certain vascular compromise (affecting the endothelium) against which it is possible to act by promoting the intake of arginine. It acts by increasing the production of ON and consequently favoring the elasticity of the vessels and / or optimizing vascular compliance.


NB. The bioavailability of arginine depends not only on food sources, but also on:

The study was oriented on the short term because, according to the results of other researches, the administration of synthetic L-Arginine acts positively for a limited period of time, beyond which the parameters return to the initial levels (effect of the increase of Arginase in the enterocytes).
The most important aspect of the study is undoubtedly the decrease in cardiovascular risk (independent) attributable to the improvement of the pulsatile pressure (PP) parameters; the administration of arginine alone is not sufficient to restore endothelial function, however it can increase the production of ON by improving the vascular compliance parameter.

add a comment of Improve blood pressure by increasing arginine