How to make the perfect barbecue: the 5 golden rules

Cooking on the grill is popular because it allows you to prepare crunchy and tasty food without adding fat.

"But be careful not to underestimate the risks", warns the nutritionist Chiara Manzi, scientific director of the Association for nutritional safety in the kitchen (sicurezzanutrizion.org). "The foods widely preferred by grillers (sausages, salamelle, pork ribs and beef steaks) are in fact rich in lipids and calories. Furthermore, the very high temperatures reached can lead to production of toxic substances, polycyclic aromatic hydrocarbons (also called "Ipa"), which through the smoke penetrate into food and They "contaminate" even without leaving visible traces as for example the scorching ».

For light and healthy grilling, then respect the 5 rules listed in the gallery below and put into practice the advice of our experts. 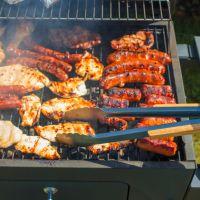 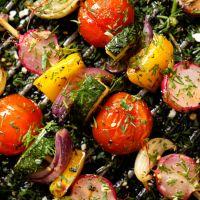 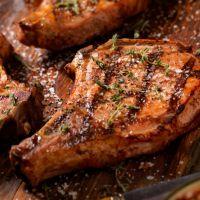 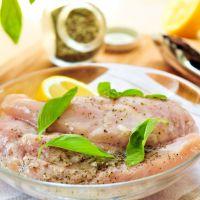 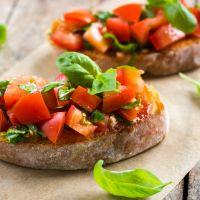 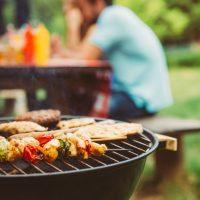 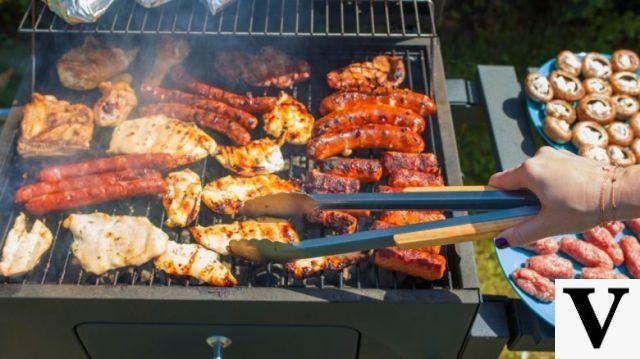 
«Fans of tradition can choose the classic charcoal barbecue, which however requires a constant control of the embers because the temperature reaches a very high peak and then gradually drops, ”says the chef Gianni Guizzardi, founder and director of the Academy of the lords of the barbecue, which offers courses and lessons on the different cooking techniques .

«The less experienced can opt instead for a barbecue a gas, more modern and simple to use: it turns on with a click and it is ready in 10-15 minutes. The diffusion of heat is uniform and constant, the temperature is easily adjusted by turning the burner knobs. In any case, the important thing is to choose a quality product: with a large and thick brazier aluminum or steel, a durable lid, insulated to retain heat, e heavy grills in steel or cast iron to optimize transmission by contact ».

Attention then to don't be fooled by too affordable prices when choosing the bbq: better focus on certified brands to be sure that i materials are really of quality. 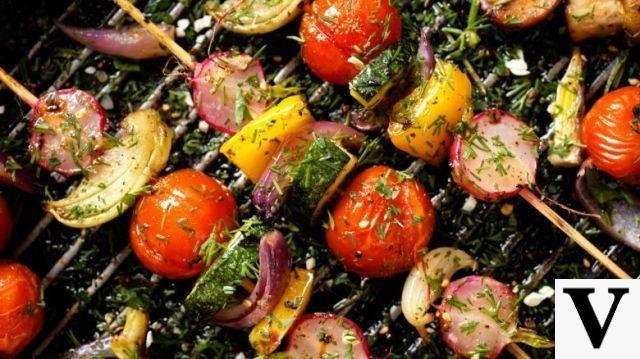 
«Buy only quality beef steaks guaranteed and keep them well: so, even if you leave it a little rare, you will practically reduce it to zero possibility of having a food infection. Instead, cook the chicken well to make sure you eliminate any salmonellae that may be present, ”recommends Chiara Manzi.

«Also remember that the red meats (beef, pork, lamb) and fat are those a greater risk of formation of toxic compounds: the lipids that end up on the fire cause the production of Ipa to increase. Safer from this point of view, because they are thinner white meat (as long as you remove the skin before placing them on the grill) and lean fish like cod, sole and plaice».

The advice, always valid, is discard visible fat before cooking in the case of beef & Co. and, for the fish, not to scale it in order to protect the interior from excessive heat. The seafood grill can be enriched by adding prawns and squid. And even mussels: just remove the upper valve, season them with chopped herbs, cover them with breadcrumbs and they are ready in 5 minutes.

Other foods to try? Vegetables like aubergines, courgettes and peppers, are well suited to accompany both meat and fish. They are excellent tomatoes, cut in half, seasoned with salt and basil and put on the boiling lattice. But also Romaine lettuce, cabbage, radicchio and Belgian endive they give a different taste to the usual grill. «Prepare small pieces or, if you choose to making skewers, use those in stainless steel, with double rods, which hold the ingredients in place and allow you to cook the food on all sides»Advises Gianni Guizzardi. «But if you have to cook small or delicate pieces, it is better to use wooden ones after immersing them in water for 20 minutes to prevent them from burning ». 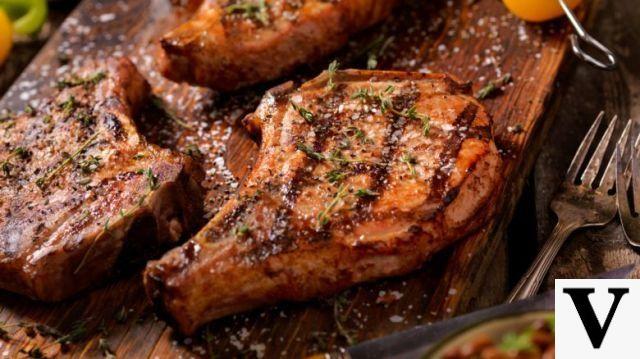 The grill that offers perfectly cooked food must be, according to the "king of the barbecue" Steven Raichlen, "clean, warm and slightly greasy". Turn it on about an hour earlier and, when it is hot, wipe with a lightly oiled cloth. In this way the dirt is eliminated and the meat will be without burns and with the characteristic lattice. "There rifling on the steaks, the famous "searing", which Americans and not only like so much, it must never be black since, in addition to being harmful because it is generated by combustion, it gives the food a bitter taste », underlines Guizzardi. “If it is brown, it means that the taste is good and the food is healthy, because it is due to the caramelization of the meat juices ».

During cooking touch food as little as possible and don't tease them to check if they are ok inside. The meat must be cooked over high heat in a short time e turned once with long-handled tongs or a wide spatula (ideal for burgers, steaks and delicate foods such as fish fillets).

I times are very variable depending on the food chosen: it takes about 6 minutes for a steak, up to 40 for a whole chicken, 3 to 5 minutes per side for vegetables. «Getting the timing and temperature right it is not easy for those who are not experts and the possibility of carbonizing the surface is not negligible », says the nutritionist.

"To reduce the risk," adjust "the temperature (which varies according to the thickness of the food to be cooked), increasing the distance from the embers. Be especially careful with meat - it never has to be too close to the open flameotherwise it absorbs a lot of smoke (and polycyclic aromatic hydrocarbons) ». 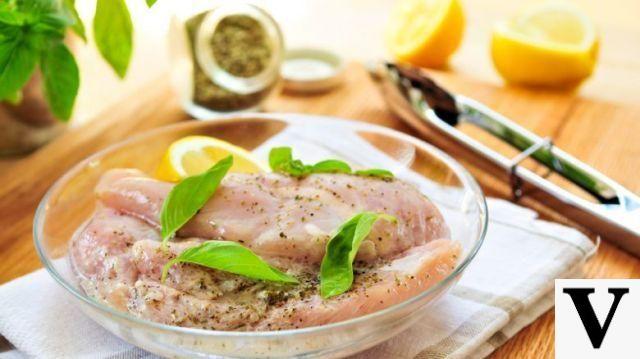 CONDITION IN A SIMPLE WAY

Enter your salt at the end of cooking in order to limit the loss of nutrients: put at the beginning favors the escape of water, vitamins and minerals. Prefer the one enriched with iodine, in order to ensure the right dose of this trace element to the thyroid, which uses it to function at its best.

To enhance the flavor of meats, fish and vegetables without adding to the calorie count, prepare a mix of extra virgin olive oil and chopped rosemary. "Leave the food to soak in the sauce for about two hours in glass or plastic containers (not aluminum), then remove excess seasoning "Massaging" them gently and finally put them on the grill. You can marinate the meat as well with spices or dark beer, which protect foods from the absorption of Ipa and are less caloric than oil », says Guizzardi.

Remember that many vitamins contained in vegetables are fat-soluble, that is, they are transported by fats, so seasoning carrots before cooking them not only makes them tastier, but also favors the absorption of carotenoids, precursors of vitamin A, essential for vision and skin health. There marinating with vinegar and lemon it's a light and tasty alternative - you can add to taste bay leaf, tarragon or thyme, cloves or fennel seeds. Finally, by squeezing the vitamin C-rich lemon into the dish at the end of cooking, the absorption of the iron contained in the meat is facilitated. 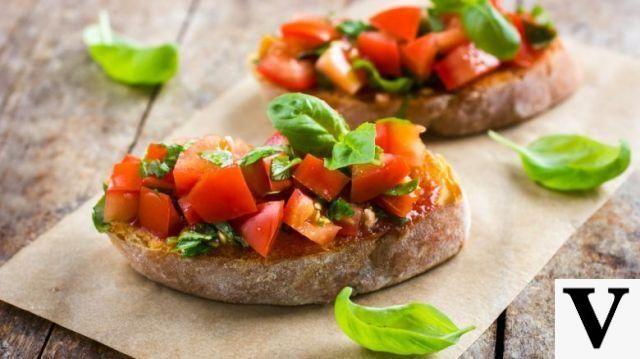 complete the meal you can prepare savory pies based on spinach and ricotta, cold rice salads or pasta with vegetables, bruschetta with cherry tomatoes and oregano, fresh bread with hard or semi-hard cheeses (such as tomino, smoked cheese and caciocavallo), perhaps in the “grill cheese” version, already sliced ​​and ready to be grilled: they go put on the barbecue at the end of the grill and, when they begin to melt, they are turned over with a spatula, cooking them for no more than a minute.

"Beware of grilled sandwiches and pizzas on the barbecue: they may contain acrylamide », recommends Dr. Manzi. «This substance, which develops when cooking takes place a temperatures above 120 ° C, is carcinogenic ». According to research by the Cucina Evolution Academy in collaboration with the University of Parma, his training is proportional to the color of the food subjected to cooking and depends on temperature and preparation time. Accused of overcooked bread, dark edges of the pizza, toasted potatoes, blackened bruschetta. "Remember to scrape off the black part of the bread», Underlines Chiara Manzi.

«The carbohydrate intake can also be provided by one portion of potatoes cooked on the grill with all the peel, which is then eliminated, or baked in foil ». Then close the bbq with fruit rich in vitamin C (strawberries, kiwi, berries): “Neutralizes” the negative effects of IPAs, which may be present in grilled foods ». 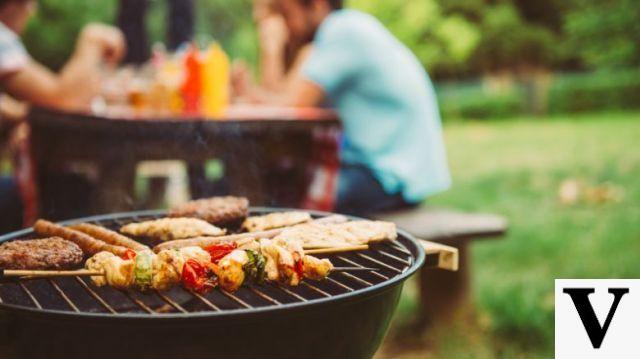 √ To place the barbecue look for one area without trees around, and a stable and safe support surface not exposed to the wind.

√ Never leave the "fire" unattended, supervise it on sight especially in the presence of children.

√ At the end of the barbecue turn off the charcoal to avoid the risk that some sparks, falling around (especially on the grass), could ignite a fire.

√ Return leftover food to the refrigerator right away o in the fridge bag: the more food is left outdoors, at room temperature, the more ideal conditions are offered to bacteria to develop.

√ Once cooled, clean the grill with a soft bristle brush. The best natural detergent is ash: mixed with water, it deeply degreases.

Audio Video How to make the perfect barbecue: the 5 golden rules
Vegetable burgers: the 4 best ❯

add a comment of How to make the perfect barbecue: the 5 golden rules