How to change habits and transform yourself 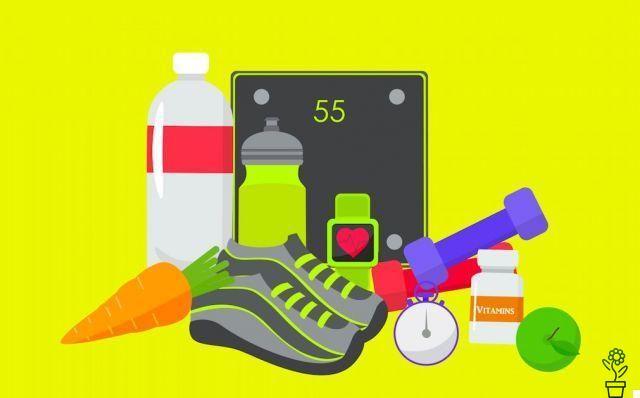 When it comes to change habits there is really an embarrassment of choice, because each of us, often unknowingly, has many.

Some of them may be of little or no practical importance to our life, such as scratching your head when thinking.

Other habits instead - even if perhaps we give them little importance - have important and long-lasting effects.

Are these the habits that, whether good or bad, identify you as an individual.

We are what we repeatedly do (Aristotle)

It's true, don't you think?

Therefore, if we do not reflect deeply on our habits and do not know how to act on them, we risk eventually becoming what we do not want.

For this reason, in today's article, we will see together:

Change habits to transform yourself

Changing habits not only leads us to change external aspects of behavior, but profoundly affects our own personality structure, about our happiness, about our life.

This, if you think about it, goes a little against the common imagination.

In fact, we tend to think that we can change our way of being or our world with single heroic acts of will that we announce to ourselves with great emphasis: "From tomorrow I will be, I will do, I will say ...."


This can happen sometimes, of course.

In reality, however, most of the true and great transformations come under the radar, in a silent way, as a result of the sum of many imperceptible but daily changes.

And in fact the great power of habits depends precisely on:

For these same reasons, however, if on the one hand carrying on habits is quite easy, on the other hand create, distribute or change him it is not at all.

Anyone who has ever tried to diet, quit smoking, learn how to wake up two hours earlier in the morning, start exercising 4 times a week, and so on knows this well.

But science, fortunately, can give us a hand.

How a new habit is created

In the 50s a series of experiments were carried out on mice to analyze the habit forming mechanism.


Fortunately, nothing bloody: we just put mice inside some cages in which a piece of cheese was behind a sliding door, whose opening mechanism was operated by a button placed next to the mouse.

The first few times, the mouse struggled to figure out how to open the door, until quite randomly he touched the red button, opened the door, and won his piece of cheese.

After a certain number of times the mouse learned to connect the red button with the piece of cheese, and then automatically pressed the button… ..even when there was no cheese on the other side!

He had developed a habit.

From this simple observation was formulated the model of habit formation that we still use today.

According to the model just seen in mice, the development of a habit consists of three parts:

In the case of the mouse, the red button is the stimulus, the cheese is the reward; pressing the button constitutes the action (random at first but then turns into habit).

The same thing happens in man: when a stimulus - action - reward circuit repeats itself a sufficient number of times, the behavior in question tends to become automatic.

That is, it tends to take place without an appreciable cognitive effort and will: a habit is born.


And so, for example, if every morning, when you get up:

here, over time, exercising in the morning will cost you less and less effort, until it becomes a habit that you do almost automatically.

Change habits, therefore, it does not necessarily mean, and as many believe, having to make enormous efforts of will for very long periods.

Instead, it means acting strategically to:

Changing habits through the right stimuli

It is important that, in creating the stimulus, you do not confuse it with motivation.

Motivation is the emotion that makes you want to have a certain type of behavior.

The stimulus is instead, more simply, something that reminds you and triggers what you have decided to do.

And so, for example, wanting to look good in a bathing suit is a great motivation to go on a diet, but it doesn't in itself trigger any habits.

While hanging your favorite swimsuit on the fridge door can be the right incentive to keep you from opening it to nibble on something.

Likewise, wanting to improve your health is a great motivator to drink more water, but by itself it doesn't trigger any habits.

While putting bottles of water in plain sight all over the house, in the car and in your office, it is a great stimulus to ignite the habit of drinking more.

With this in mind, change bad habits and develop good habits it is no longer a tiring exercise of will, but a pleasant exercise in strategy and creativity.

Listening to a certain song in the morning, wearing one dress instead of another, removing the batteries from the remote control, arranging books on the table in a certain way, leaving the weights in front of the front door, putting a pig-shaped piggy bank in the same place in which you support your wallet….

There is really no limit to stimuli that can be imagined to trigger or discourage a habit.

However, I recommend two rules that, in my experience, make them work best:

The more intelligence, time and energy you put into creating stimuli that work, the easier it will be to change the habits you want.

The same goes for the element that, after the desired action, closes the circuit of habit creation: gratification

Changing habits by rewarding yourself

The mouse in the experiment, when he manages to open the door, gets his hands on a nice piece of cheese.

Imagine for a moment that, instead of cheese, there is a beautiful parchment that says “Bravo, little mouse, you opened the door! Do it another 1000 times and in 3 months we will give you a nice diploma of intelligence ”.

Yet, that's just the kind of attitude that many people have when they try to change their habits.

That is, they believe that long-term motivations are enough like "in 3 years I will graduate", "in 6 months I will be 10 kg less", "in a year my life will be happier" ...

These are thoughts that certainly can help you want a certain type of behavior, but they have little effect when it comes to strengthening it and structuring it into a new habit.

The fact is that our brain, for evolutionary reasons connected with the scarcity of resources in which primitive man lived, seek immediate gratification.

Neither more nor less than the mouse.

Why gratification immediate it tells the brain something very important: "the action you performed was useful, and therefore needs to be repeated".

However, this mechanism, which has worked discreetly during evolution, in a society like the present one, where there is an abundance of resources, can be fake and very dangerous.

Think about it: food, distractions and opportunities are practically endless today.

With the risk of ending up in gorging on the present without ever looking at long-term goals and values.

Fortunately, however, unlike the mouse, we are intelligent enough to be able to revolve around this conflict between present and future.

By creating precisely instant gratification that support our long-term goals and values.

An invigorating shower after you've exercised, your favorite song every time you study for an hour straight, a nice phrase to repeat aloud when you resist the temptation to open the fridge ...

The joy of these little things will help you have the patience and perseverance to wait for the results you will achieve over the long term.

How to change habits? Knowing yourself

Ultimately, if we retrace what we have seen so far, changing habits is an extraordinary way of getting to know yourself.

It is in fact:

Thanks to these five steps, the path that separates you from what you desire will not be a strenuous war against yourself and your old habits, but a silent and powerful transformation, which you will learn to enjoy every day.

How to tell if it's love (and not get screwed after!) ❯

add a comment of How to change habits and transform yourself