Harm of Smoking: Can Diets and Supplements Protect? 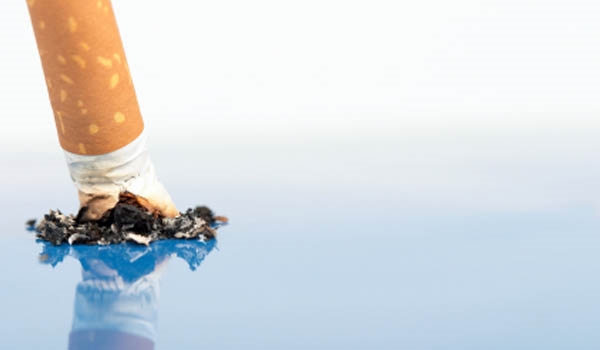 The indispensable importance of quitting smoking

Before analyzing the protective usefulness of diets and supplements against the harm of smoking, it is necessary to make a premise.


This premise is essential to say the least, since, according to some studies, smokers who regularly take multivitamin supplements tend to feel somehow more protected from the harms of smoking; as a result, they reduce the commitment to quit smoking and tend to consume more cigarettes.

Such an attitude tends to nullify any (hypothetical) benefit offered by regular "anti-smoking supplements", worsening the smoker's health rather than improving it.

If then the intake of these products also becomes an expedient to reduce the commitment in the consumption of fruit and vegetables it is clear that - albeit indirectly - their intake is particularly damaging to the health of the smoker.

Diet Against the Harms of Smoking

Smoking tends to increase the nutritional needs of some vitamins and antioxidants in general; particularly:

The Smoker's Diet is therefore similar to that normally recommended for the general population, although greater and more rigorous adherence is required.

Supplements against the damage of smoking

Having ascertained the greater needs of some nutrients and demonstrated the beneficial role in protecting the health of smokers (there is in fact an evident correlation between low plasma levels of antioxidants and an increased risk of getting sick from smoking-related diseases), several studies have tried to understand whether a specific integration could represent a valid bulwark against the damages of smoking.

Between the 90s and the early 2000s, for example, an attempt was made to evaluate the protective efficacy of supplementation with beta-carotene and vitamin E in preventing lung cancer; a large population study revealed substantially null efficacy for vitamin E, and even a potential negative effect for beta-carotene in smokers.

A supplement against the harm of smoking should provide - more than a single nutrient in concentrated form - a mix of substances useful for the health of the smoker.

On the vitamin front it should first of all provide the right doses of those vitamins for which the risk of deficiency is greater; as we have seen, it should therefore be a generous source of Vitamin C, with good amounts of Vitamin D, Vitamin E, folic acid and vitamin B12.

It should then provide an antioxidant matrix of plant origin, such as citrus, medicinal plant or algae extracts, or a mix of antioxidants (including, for example, resveratrol, lipoic acid, N-acetylcysteine, melatonin, polyphenols and bioflavonoids).

The role of omega three is also very important for those who do not take adequate quantities of fish.

A good smoking harms supplement should also provide substances that can somehow help in quitting smoking. Among these, melatonin, tryptophan, berberine and the same n-acetylcysteine ​​may have some usefulness (see also Natural Supplements for Quitting Smoking).

add a comment of Harm of Smoking: Can Diets and Supplements Protect?