Forer effect: that's why we believe in the horoscope 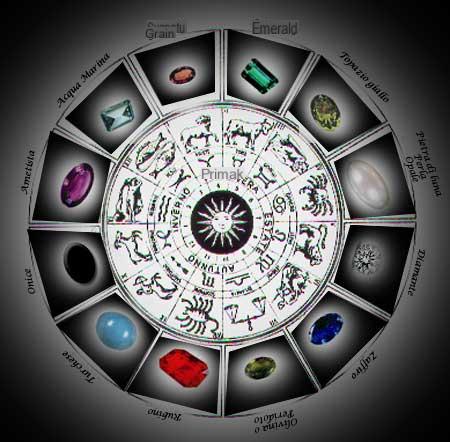 THEhoroscope is a
of the oldest forms of foresight that still survive today and with
many followers. Even when people know (or at least I think they know)
that there is a thirteenth constellation that is not contemplated in the zodiac
traditional; Ophiuchus, continue undeterred to believe that the twelve signs
zodiacal are real and that they influence earthly events. Because?

A curious one
explanation of why people would believe astrology is the denominated Forer effect; also known as "subjective validation effect". The Effect
Forer is a cognitive trait and refers to the fact that people tend to
give their approval to those personological descriptions that
presumably they were made by them, but they actually only show
very vague details that could apply to a large number of other people. In a study of the
1948, psychologist Bertram Forer subjected a total of 39 people to one
personality analysis of a single subject, and asked them to evaluate
how precise it was the same on a scale of 1 to 5, being 5 the score
maximum. This analysis does
consisted of 13 general statements extracted from the different zodiac signs,
such as: “You feel a strong need to please others
and that they admire you. ”“ You have a tendency to be critical of you
himself "" You feel proud to be free
thinker and do not accept the ideas of others when they are not supported by evidence "As you can see,
the claims are very generic, but even so people claimed that
they were very accurate, giving an average score of 4,26. This phenomenon was
replicated with other experiments and it was possible to verify that between 80 and 90%
some people consider the general statements to be very precise in
referring to themselves. Obviously, there are some aspects that increase the
credibility perceived by people: - When you believe
that the analysis only applies to them - When the analysis
largely attributes positive characteristics - When the person
believes in the authority and preparation of the evaluator A trick
very ancient that allows people to recognize themselves in vague statements e
general is rooted in offering opposite characteristics relating to
daily behavior of the person; for example: “sometimes you are extroverted while on other occasions you act like
shy person ". Another trick
consists of inserting statements that can apply to the majority
of the population, like: “you want to please
to the others". Or include sentences in which it is stated that we have some
potential not yet developed: “you have
a considerable potential to be developed "; in the end, to all of us there
it is a pleasure to be flattered and this causes us a certain blindness in the face of
reality. What is certain is that
we tend to accept those claims to the same extent that
we want these to be real and are sufficiently positive e
flattering. Another factor
which affects theForer effect is that we currently have to manage too much
information, the majority of the same in contradiction, and this in a
it somehow causes us a psychological void that we see ourselves tempted to fill with
simple, positive information that generates hope that is sometimes false. It must be kept anyway
in account that when we encounter a belief (or information) that resolves one
uncertainty, this predisposes us to confirm and assume the same,
discarding any contrary evidence a priori. Thus, it develops a kind of
automatic mechanism that consolidates the original error and confers a
excessive trustworthiness of belief.
Mozart effect: relationship between music and learning ❯

add a comment of Forer effect: that's why we believe in the horoscope