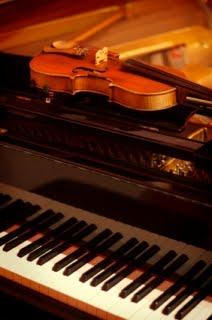 Tomatis is a French doctor who has dedicated 50 years to the study of the healing properties of sound and music, as well as valued the influence of these on intelligence and creativity. In its centers spread around the world, it has carried out tests with over 100 patients relating to hearing problems, learning disabilities, speech and hearing impediments and language learning. Personally, I have to say that I have read and put into practice his theory on language learning with some surprising results. Tomatis found that far beyond people's preferences or their knowledge of the composer, Mozart's music invariably has a calming effect on the listener, enhances his perception of space, allows him to express himself more clearly and facilitates the results of the music. learning by making them better and lasting. Other studies developed later state that Mozart's compositions are distinguished from all musical works by the high impact they have on people. This type of incidence has been referred to as: Mozart effect. Before delving into the matter, it is necessary to clarify that although the Mozart effect saw its origins in the works of Tomatis, the development of this theory is essentially due to the research of the working group of Rauscher and Shaw. However, it was Campbell, a musicologist at the University of California, who gave new impetus to this effect in his book: "The Mozart Effect: Taking advantage of the power of music to heal the body, strengthen the mind and stimulate the creative spirit." Campbell argues that Mozart's music can greatly enhance the learning abilities of children under three. His approach was so widespread that for example in Florida there was a law that obliged children to listen to classical music in public schools (I don't know if the law still exists, however). The selection of music pieces compiled by Campbell conveys accessibility, freshness, serenity and freedom. Mozart's music favors individual creative potential, intones its vibrations with the flow of notes, transmits feelings of happiness and perfection, makes the most sensitive fibers vibrate and allows us to reach a higher level of consciousness. No other composer has this effect. Campbell's selection work with Mozart's music represents a highly organized set of sounds that serve to stimulate different areas of the body and mind. The particularly rapid and sustained rhythm has its influence on the nervous system and the autonomic life, while the higher or "filtered" frequencies stimulate areas of language and logical-mathematical thinking. What is special about Mozart's music that causes these reactions? 1. There is no sign of monotony but they are very fluid musical passages. 2. Great mobility of harmonic fabrics that ensure particularly lively music. 3. A constant rhythmic base with a beat every 0,5 seconds that determines a modulation of 120 beats per minute. So today, Mozart's music is used in various teaching centers to promote students' creativity and learning as it maintains a particularly favorable cortical alert tone. However, not everyone agrees with these studies and as always I try to present all the most diverse positions so that everyone can freely evaluate and draw their own conclusions. One of the detractors of the Mozart effect is Talero, who starting from the collection and analysis of 65 different researches related to the use of music and the Mozart effect has come to this conclusion: "The specific improvement in the development of visual-spatial skills that presents after listening to Mozart's music, and which is short-lived (10-15 minutes), is the phenomenon commonly referred to as the 'Mozart effect'. Compared to the latter, there is sufficient evidence to support it. However, its instability is recognized and its disappearance after a few minutes, which would discredit its commercial use in order to promote the rapid development of a higher intelligence ”.

Pygmalion Effect: What It Is, How You Can Leverage It ❯

add a comment of Mozart effect: relationship between music and learning