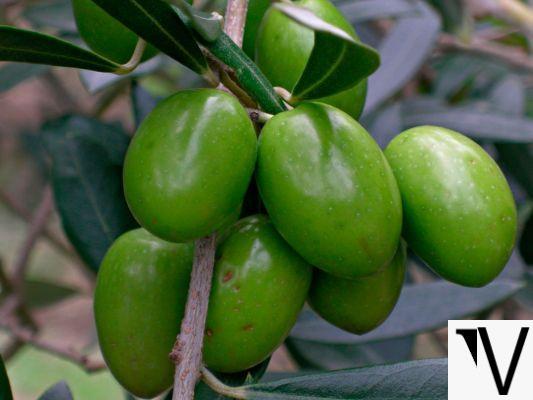 Food fraud is now the order of the day. The last one concerns olives: «Recently the State Forestry Corps seized several tons of artificially colored fruits. In addition, the competent authorities have intercepted Spanish and Greek olives passed off as the country, complete with a false mark of origin and, moreover, badly preserved ", clarifies the doctor Elga Bavaria, biologist expert in hygiene and food safety.

THE CASE OF "PAINTED" OLIVES

In practice, to make the olives more palatable, some unethical producers "varnish" them, as they say in the jargon, with copper sulphate or with the dye. E141: in this way it is also possible to restore a fresh appearance to an old product.

«E141 is a complex of chlorophylls and copper. To obtain it, a copper salt is added to chlorophyll extracted with solvents from plants. Its use is allowed for some foods such as red fruit preserves, but not in olives. Yet there are those who do not respect the law ", explains the expert.

Among other things, last year EFSA (European Food Safety Authority) clarified that i cupric complexes of chlorophylls are obtained from plant sources that cannot be considered edible for humans, such as the grass e alfalfa and that there is a lack of serious information on the toxicity and carcinogenicity of this substance. "As for copper sulphate, it is a toxic substance for most plants and a non-biodegradable environmental pollutant, which accumulates in the aquifers and in the soil, for which very strict maximum residue limits are envisaged, which often are largely exceeded. What's more, his use is only allowed to defend plants from attack by parasites and weeds, but not as a dye».

THE FALSE INDICATION OF ORIGIN

But the scams involving olives do not end there: "Although the law punishes those who pass off a food product that comes from abroad as Made in the country, it happens that foreign olives are passed off as local and even that a false denomination brand is used. of origin (Dop o PGI) », Observes Dr. Baviera.

So, you think you are buying a local product and, instead, you take home olives that come from afar and that very often do not meet the quality requirements of our local food, as well as not respecting the production regulations.

HERE'S HOW TO DEFEND YOURSELF

Unfortunately, in cases of counterfeiting of labels and trademarks, only the strict controls by the competent authorities they manage to expose the fraud. However the consumer can do a lot to identify artificially treated olives:

1. BEWARE IF THE FRUITS HAVE FLASHING COLORS: in the case of green olives, it is better to be suspicious if i colors are too bright and uniform (especially if all the olives in the package have the same color). Also watch out for petiole of the olive: if it appears of an intense green color, the suspicion becomes almost certainty. As for the black olives, recent studies have made it clear that, in most cases, it is green fruits colored with ferrous gluconate (E579) or with ferrous lactate (E585). These substances have no contraindications for health and are allowed as dyes, but it is right for the consumer to be informed.


2. READ CAREFULLY THE LIST OF INGREDIENTS: to understand if the olives have undergone this treatment, you have to check if they are there additives. When, on the other hand, you buy loose olives, you can ask the shopkeeper for the list of ingredients. Alternatively, go for the biological: organic olives, in fact, cannot be colored.