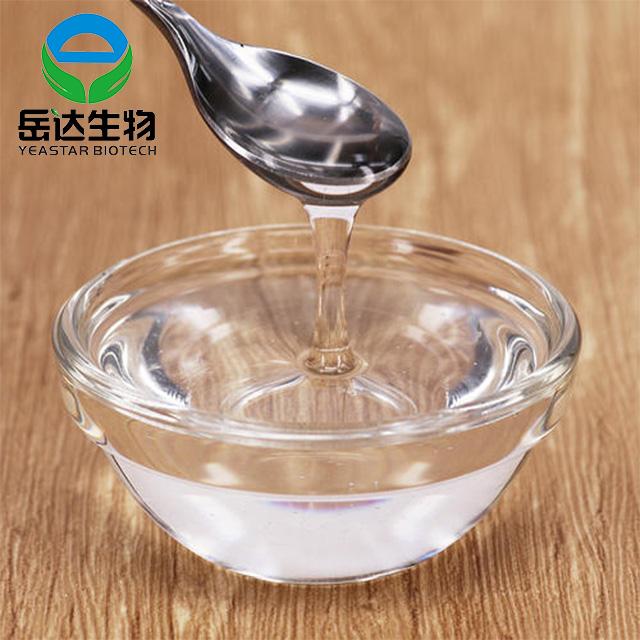 The main energetic substrates of the liver are the fatty acids. The galactose, obtained mostly from milk, in the liver it is converted into glucose-1-phosphate and this in turn is isomerized to glucose-6-phosphate. Il fructose it converts into fructose -1-phosphate and subsequently enters the glycolytic pathway at the level of the phosphate trioses.

Both sugar they can also produce acid or amino derivatives used in the formation of glycoproteins.

The liver can also metabolize sugars or sugar derivatives, even different from those mentioned (example: sorbitol). The liver forms fat from post-meal glucose; it does not store them but sends them to the adipose tissue for this purpose or to other tissues for energy purposes.

From a nutritional point of view, an important aspect of the postprandial liver situation is highlighted by sugars: they, absorbed, coming from the digestion of carbohydrates, are basically transformed into compounds of energy reserve, glycogen and triglycerides, which can be used in the interdigestive periods.

This also avoids a rise in blood sugar. Tissues use glucose (after absorption of carbohydrates).
For some, like adipose tissue (or muscle tissue) it is one of the fuels par excellence. The consumption of glucose by the peripheral tissues produces a gradual decrease of glycemia in the post-prandial period.


As a result, the liver metabolism adjusts to send glucose into the circulation. In this context, the situation of the nervous system is particularly relevant given its importance for the functioning of the organism and its exclusive dependence on glucose (except in cases of prolonged fasting) as a cellular energy source.

Replenishment of glucose by the liver is achieved primarily by the breakdown of glycogen (glycogenolysis) which produces glucose-6-phosphate.

When a nutritional regimen has glucose deficiency, the human body can synthesize it starting from non-carbohydrate molecules and amino acids.

In the liver the metabolic pathways of carbohydrates are realized, ergo the liver is suitable for the following functions:

As a result of intestinal absorption, glucose, fructose and galactose reach the liver. Glucose penetrates into hepatic cells thanks to the existence of ad hoc carriers, and is phosphorylated by glucokinase, an enzyme with high KM and inducible by the substrate and by insulin. GLUT2 "carriers" also show poor affinity for glucose. In this way, this sugar is metabolized in the liver only when it is found in sufficient quantity.


Or, it crosses the hepatic sinusoids without being metabolized and ends directly in the systemic circulation via the hepatic vein to be used by other tissues. The galactose and fructose they are phosphorylated in the liver by specific low KM kinases, which ensure their metabolization in this organ, passing to the systemic circulation only in case of excess. The hepatic glycogen constitutes the reserve of glucose that can be released in the blood in the interdigestive periods.

The amount of glycogen that can be stored in the liver is variable and does not exceed 200 g. While in most tissues glycolysis occurs to metabolize glucose for energy purposes, in the liver (and adipose tissue) the glycolytic pathway works mainly for the synthesis of triglycerides (lipogenesis). In this way the liver channels the excess glucose absorbed which cannot be stored.

I triglycerides they can be completely formed starting from glucose: fatty acids are obtained from acetyl-CoA while glycerol phosphate is obtained from triose phosphates. Both phosphate trioses and acetyl-CoA are products of the glycolytic pathway.

Last but not least, the reducing power necessary for synthesis of fatty acids it is obtained through the functioning of the pentose pathway.
Hepatic lipogenesis is as important as that which occurs in adipose tissue.

The major difference between the two tissues is that the hepatic triglycerides are distributed to the rest of the tissues while the triglycerides of the adipose tissue are stored in the adipocytes.

This compound can be used for biosynthesis of polysaccharides and water-soluble which are then eliminated in the urine.


The pentose phosphate pathway must function significantly in tissues with intense lipogenesis (liver and adipose tissue) as well as in those that have a high level of proliferation, such as the intestinal mucosa.

Glucose can produce other sugars and derivatives (glucosamine, N-acetylglucosamine, etc.) with the final target being membrane glycoproteins.
Some intermediates of the glycolytic pathway can be used for the synthesis of non-essential amino acids. For example, serine is formed from 3-phosphoglycerate and alanine from pyruvate.

The glycogen reserve capacity is limited and therefore in prolonged interdigestive conditions glucose must be formed from other non-glucidic substances (gluconeogenesis). The liver can synthesize glucose from glycerol (obtained from adipose tissue following the hydrolysis of triglycerides), lactate (which comes from muscle and erythrocyte metabolism) and some amino acids, especially alanine (which come from muscle mass).

The metabolism of glucose in peripheral tissues has the following specific nuances.

AT - Adipose tissue: in adipose tissue, glucose crosses the membrane thanks to a transport mechanism (GLUT4 transporter) with high affinity and stimulated by insulin; this is the reason why this tissue consumes glucose especially in the post-prandial situation, when there are adequate levels of the hormone.

As in other peripheral tissues, the phosphorylating enzyme is hexokinase, extremely specific and with low KM, which facilitates the complete metabolization of glucose in the range of its physiological concentrations.

The main fate of glucose in adipocytes is transformation into triglycerides with a metabolic pathway similar to that of the liver. This fate is quantitatively more important than energy production.

B - Skeletal muscle: in skeletal muscle glucose crosses the membrane thanks to a transport mechanism similar to that of adipose tissue (GLUT4 transporter) stimulated by insulin and is phosphorylated by a hexokinase.

There is synthesis of glycogen, not lipogenesis. Muscle glycogen has reserve functions like that of the liver; in this case, however, the glucose coming from this "reserve" is usable only by the muscle cells.

When doing very intense exercise, the need for oxygen to oxidize carbohydrates is high and blood flow may not be sufficient to carry the required amount of oxygen.

In this situation the anaerobic pathway works, lactate is produced which passes into the circulation, it can subsequently be converted into glucose through gluconeogenesis in the liver or kidney or be oxidized (especially in the liver and heart muscle) depending on the physiological conditions of the individual .

Audio Video Focus: glucose
The 15 most refreshing foods against the heat ❯