Equanimity, letting everything flow without influencing us 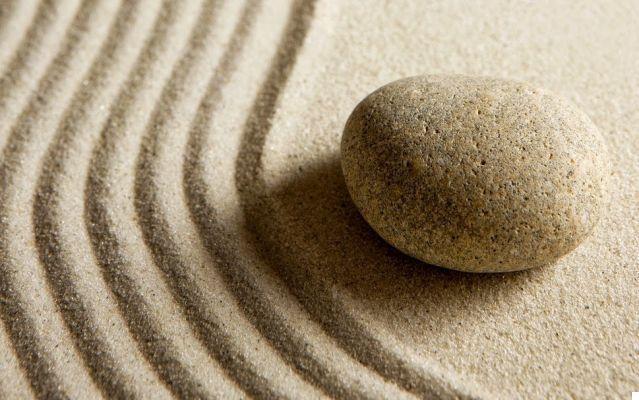 Equanimity allows us to remain calm and peaceful in the midst of the storm. It is an essential quality to face adversity without breaking down and, nevertheless, it is one of the most difficult to develop because we normally move to the rhythm of emotions.

When we let negative thoughts and emotions take over, it is difficult to find the serenity and equidistance necessary to make good decisions. So we run the risk of falling into a self-destructive spiral.

Imagine for a second a park where children play. An elderly person watches them from a distance. Suddenly, one of the children breaks the toy they were playing with. The child reacts with surprise first, then gets angry and later starts crying inconsolably when he finds out that he will not be able to fix the toy.

What do you think the older person will do? How will he react?

Do you think he will tell him: “don't cry, it's not a problem, in life you will have to face worse things”? Do you think the older person will want to cry with the baby? No!

Most older people have accumulated enough experience to know it's just a toy. They know toys break, that's normal. And it's not the end of the world. In life we ​​will have to face worse things.

But I am also able to understand that at that precise moment the child is experiencing a tragedy because for him the breaking of the toy is a serious problem.

This is acting with equanimity. In fact, this word derives from the Latin aequanimitas which literally means "of equal spirit for all". Consequently, it implies both the ability to maintain a certain impartiality and neutrality in the face of events and a mental constancy.

Equanimity is not indifference

In Buddhist philosophy, equanimity is defined as "a balanced reaction to joy and misery that protects us from emotional turmoil". It involves the ability to observe what happens without interfering, maintaining a state of mind in which prejudices and preferences do not influence.

Many may confuse this stability of affection with indifference. However, indifference implies a certain degree of apathy and lethargy or even aversion. In fact, it can become a negative or harmful state of mind in which we ignore the true nature of the problems or conflicts and therefore do not find the solution.

Therefore, equanimity is not an attitude of indifference and coldness, but a state of mental balance in which emotions do not reach excessive levels.

Equanimity is harmony, it is offering a proportionate response to the stimuli that try to maintain psychological balance. The fair person knows that everything is changeable and that is why he does not grasp at things, but he does not reject them either, he simply accepts them.

Of course, this does not mean that you do not have emotions and feelings, on the contrary. The fair-minded person is compassionate and sensitive, but they are also balanced, so they can analyze problems and conflicts from a more objective perspective. These qualities allow him to reduce the intensity of emotional reactions to negative events.

When we drive, for example, we may feel fear if another driver cuts us off aggressively. That fear is useful for stimulating a quick reaction that helps us brake to avoid an accident. But when the danger has passed, it is more adaptive to find peace of mind than to get stuck in disruptive emotions.

An equal person will notice the other's mistake and may feel fear, but without the automatic reaction that adds judgment, resentment and anger. So he can easily overcome what happened. And this will allow him to drive better and avoid possible accidents because his attention will not be tied to the accident, his mind will no longer ruminate on what happened.

How to develop equanimity?

It will help us maintain emotional stability that will allow us to address problems, conflicts and obstacles more decisively, while reducing their negative impact.

A good start for developing equanimity is keep catastrophic thinking in check. We need to understand that most of the problems we face in life can be difficult or complicated, but not terrible. They are problems, not catastrophes.

We often forget this and end up creating a storm in a teacup. We tend to harbor a catastrophic vision without realizing it, using an internal dialogue characterized by a language that does not precisely help us to remain calm.

Therefore, to maintain equanimity it is important to carefully examine our vocabulary. Using words like "disaster", "horrible", "frightening" and "catastrophe" will only aggravate the negative consequences of the situation we are experiencing and are probably completely disproportionate. That simple change will help us step away from the problems a bit and see them in their proper perspective.

Fully accept the idea that everything changes it is another fundamental pillar of equanimity. When we assume that the world around us is constantly changing, we will realize that it is easier to follow the "universal current" than to swim against it.

Finally, another strategy for developing equanimity is to resort to meditation. Several studies, including one conducted at the University of Haifa, have found that meditation helps us develop a balanced attitude. These psychologists found that after just three weeks of mindfulness meditation, people experienced greater equanimity. Similar results can also be achieved by practicing vipassana meditation.

Meditation is characterized by three different mental actions that facilitate equanimity: selective attention and concentration, monitoring of mental experience and deactivation of certain cognitions. It also helps us to "let go", thus we learn to intentionally deactivate anger, ruminating thoughts that harm us and even expectations and judgments.

This attitude allows us to let go of the stimulus once perceived, avoiding the mental activity that would normally be triggered after it. In fact, neuroscientists at the University of Minnesota have found that meditation allows us to disconnect more quickly from an unpleasant stimulus rather than applying relaxation techniques or consciously proposing to suppress reactions.

Of course, these changes don't happen overnight. Some will take weeks and even months, while others will take years. Achieving equanimity is not an easy path, but it is a more balanced way of dealing with life.

add a comment of Equanimity, letting everything flow without influencing us