Different types of boredom we have all experienced 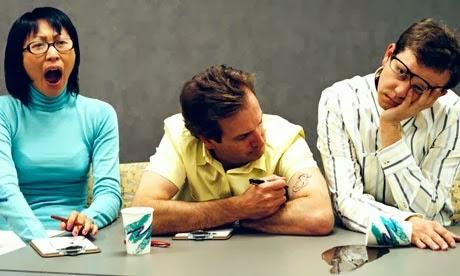 Are you bored? Could you be more specific? Can you determine what kind of boredom you are experiencing? We have all felt bored at one time or another, and to tell the truth psychology hasn't invested much time in studying this feeling, perhaps because boredom is very discreet, it does not manifest itself in crying or euphoria. But the feelings it generates are very negative and several studies have linked it as much to stress as to the use of drugs and alcohol.

During the 30s, psychologists finally decided to study boredom and discovered that there are several types of it. But this theory did not meet with broad consensus in the scientific community, until in 2006 Goetz, a psychologist at the University of Konstanz, Germany, returned to the subject and devoted himself to cataloging boredom. He discovered that, depending on the level of emotional arousal and the feelings experienced, there were four types of boredom. Which are:

- Indifferent boredom: it refers to the need to isolate oneself from the environment that surrounds us by assuming an attitude of indifference that allows us to achieve a certain degree of relaxation. The essence of this type of boredom is that it does not generate negative emotions.

- Calibrated boredom: it is accompanied by uncertainty as people would like to do something but are not sure what. The emotions experienced are slightly more negative and thoughts wander aimlessly, but without looking for alternatives that allow you to escape from
monotony.

- The pressing boredom: the person experiences a state of inner restlessness which he tries to eliminate by looking for a distraction. In this case we experience a greater level of activation and we tend to think about the different activities that could help us to get out of this state.

- Reactive boredom: the person feels unhappy, angry, or irritable. This kind of boredom is the response to a specific situation, such as when we are listening to a boring lesson and we would like to escape but cannot.

- The apathetic girl: Goetz continued to study this phenomenon and discovered a new type of boredom: apathetic boredom. The interesting aspect is that 36% of the experiences of boredom we live are due to apathy.

Without thinking twice, Goetz recruited 63 college students and 80 high school students. Each was given a laptop that was programmed to play six times a day at random. Each time it rang the students had to indicate what they were doing and how they were feeling. If they reported feeling bored, they had to be even more specific by noting their thoughts, feelings and emotions.

The results confirmed the existence of the four types of boredom that I identified earlier, but a new form was also detected: apathetic boredom. What is it about?

People who experienced apathetic boredom described it as a particularly unpleasant sensation, comparable to the emotions given by 'reactive boredom', only that they did not feel anger or irritability, but rather a condition of apathy like that found in depressive pictures.

These people reported feeling bored, but at the same time unable to seek solutions or to experience intense emotions beyond apathy.

As a final point, it is worth remembering that although we are used to considering boredom as a negative state of mind, there are also studies that indicate that boredom can help stimulate creativity and self-knowledge, it all depends on how we face this state and the emotions it generates.

Two emotions that increase the risk of heart attack by 75% ❯