Two emotions that increase the risk of heart attack by 75% 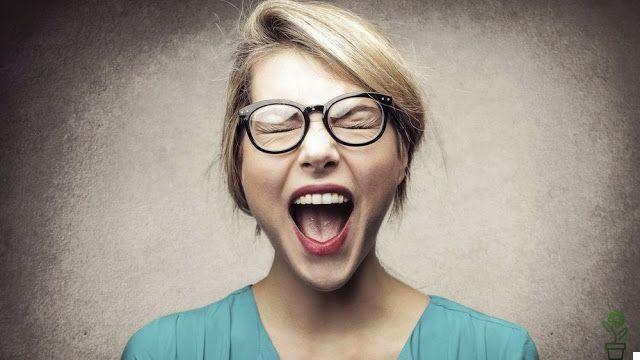 We live as we think, but we can die as we feel, due to the emotions we feel. For years, doctors have not considered the impact of emotions in disease but there is growing evidence that the emotional states influence the appearance of numerous diseases or can aggravate them.A study conducted at the University of Sydney reveals a disturbing fact: the risk of suffering a heart attack increases by 8,5 times in the two hours following experiencing intense emotions, particularly anger and anxiety . In the case of anxiety attacks, the risk is even greater, it increases by 9,5 times.

This study confirms that an attack of anxiety or intense anger can actually trigger a heart attack, just as is often seen in the movies, after the protagonist has had a fierce argument. Furthermore, the interesting thing is that the risk is not limited to the moment in which we are experiencing these emotions, but also extends into the following two hours.

During the study, 313 people were analyzed who suffered from acute coronary occlusion. The psychologists carefully analyzed the emotions they had experienced two days before suffering the heart attack. So they were able to find that many of these were reporting sensations such as: muscle tension, loss of control and felt on the verge of exploding.

The main triggers of these emotions were:

The study also found that physiological changes occur when people experience severe anxiety or intense anger, such as increased heart rate and blood pressure, hardening of blood vessels, and increased blood clotting. These are all risk factors associated with the onset of a heart attack.


Of course, this isn't the first study that explores the relationship between emotions and heart problems. In fact, in 1995 researchers from Harvard Medical School carried out a similar study, in which more than 1.600 people who had suffered a heart attack were analyzed. In this case they were asked to reconstruct the last 26 hours before the event. It was thus discovered that anger can also act as a trigger for heart attack, increasing the risk even two hours after the episode.

Of course, intense emotions aren't enough to cause a heart attack in a healthy person, but if someone is already overweight, suffers from atherosclerosis or high blood pressure, anger and anxiety act as a detonator. However, people who suffer from chronic anxiety or who get angry frequently are more prone to cardiovascular disease over time.

The physiological mechanisms of anger and anxiety

Both anxiety and anger cause direct physiological effects on the heart and arteries which means they promote production of a greater amount of stress-related hormones, such as adrenaline and cortisol. These hormones provide us with the energy we need at the moment, but they also affect the normal functioning of the body, affecting the respiratory and heart rate.

If this response, which should only be triggered in an emergency, is repeated often, adrenaline and cortisol levels reach cardiotoxic levels. In fact, hostility and anger have been found to accelerate the formation of plaques in the arteries.

Besides, it was also shown that anxiety and anger inhibit the production of acetylcholine, a neurotransmitter involved in the regulation of heart rate. When there is not enough acetylcholine, the heart rate can only speed up.


In this regard, a study conducted at University College London found that during times of high stress or anger, the signals between the brain and the heart are practically interrupted. In fact, these emotions have been found to cause neurons to shrink and disconnect. Finally, neuronal death occurs.

So, now you know: both anger and anxiety are your enemies. Practicing a healthy lifestyle doesn't just mean eating a balanced diet and exercising, but you also have to worry about your psychological well-being. It is essential to learn how to manage anger and anxiety in order to live longer and improve the quality of life.

Is it possible to know someone's personality with just one question? ❯