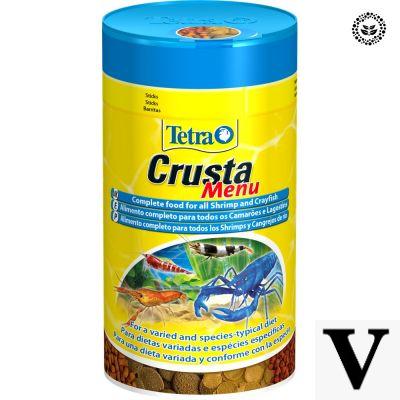 The raw food diet is a naturist diet that is distinguished by one great commandment: DO NOT cook food.
The first foundations of the raw food diet can be traced back to the "Gospel of Peace", a sacred text belonging to the Jewish lineage of the Essenes, while in the last century its diffusion is mainly attributable to "independent or naturist" doctors such as HM Shelton.

A very important quote for the proponents of the raw food diet is that of Gandhi, in his last book of 1949, "Regime and food reform":

To get rid of an illness, the use of fire in the preparation of lunch must be suppressed

Currently, the raw diet or Raw food it is a food style that is very fashionable in the USA, thanks to its diffusion among Hollywood celebrities; its success is mainly attributable to an alleged anti-aging action of raw foods and to the disclosure of a principle according to which human nutrition IS BORN raw and must remain so, as heat, as a processing technique of food, represents a recent innovation, of little use or even of dubious healthiness.
According to the raw food diet, the use of fire in the kitchen inhibits the perception of satiety, induces excessive palatability and gives foods a "soft" consistency, making them unnatural; cooking is attributed to the destruction of vitamins, enzymes, auxons and protein coagulation.

Ultimately, the raw food diet renounces the traditional heat treatment of food, considering cooked food as an unpleasant ballast for the body.

Proponents of the raw food diet love to eat raw, unprocessed foods, often from organic farming.
In general, at the base of raw food we find fruit, in the intermediate level vegetables and, at the apex, seeds and nuts (5%).
However, there are several types of raw food:

Although food is not cooked in the raw food diet, foods can still be eaten in the form of smoothies, juices, purees, pieces or juice, and can be subjected to dehydration, germination or marinating.
Food can also be dried at a maximum temperature of 42 ° C.
In all these ways, the food preserves the nutritional properties of which it is composed in the best possible way and, in the case of germination, is enriched with more nutrients.

According to the raw food diet, “42” expresses the maximum temperature to which food can be subjected before being eaten. According to this food philosophy, exceeding 42 ° C would compromise the nutrients, vitamins, minerals and enzymes present in the food.

One of the key principles of the raw food diet leads us back to a study conducted in 1937 by the Swiss doctor Dr. Kouchakoff; he demonstrated that cooked food induces an organic leukocytosis response (increase in white blood cells) at the systemic level. In 1934, the doctor of your country Dr. Lusignani followed the false line and discovered a further characteristic of the reaction to cooked foods, vasoconstriction; subsequently, the doctor demonstrated that by consuming EXCLUSIVELY raw food the body tends to reduce the circulating white blood cells (leukopenia) and relaxes the smooth muscles of the capillaries with a vasodilation effect.
According to the raw food diet, the aforementioned "defense" reactions implemented by the body following the intake of cooked foods significantly affect the general state of health. Obviously, this statement completely disregards the results of many other experiments that have evaluated postprandial leukocytosis as an absolutely PHYSIOLOGICAL condition.

From the food point of view, the raw food diet is fully associated with conventional nutrition, suggesting to increase the frequency of consumption of fruit and especially raw vegetables, aiming at the conservation of some thermolabile nutrients such as vitamins (not all) and antioxidants. Obviously, this is a principle that subordinates the AVAILABILITY and the food TYPE, as well as the seasonality of the foods. It would be curious to witness the physiological reaction induced by the digestion of raw potatoes, turnips and beets; not to mention chestnuts and legumes. It shouldn't be a thrilling sight!

Furthermore (quote from those who have tried it), it seems that the raw diet often induces adverse intestinal reactions, such as abdominal tension, bloating and gaseous flatulence; practically, the exact opposite of what a potential consumer might expect from a "natural" diet.


Especially in women, the raw food diet does NOT improve resistance to low temperatures, on the contrary, the abolition of hot foods favors the perception of cold, further reducing the practicability of this diet in the winter season.

From a hygienic point of view, the raw food diet is a real disaster. The followers of this style of food cling to somewhat bizarre concepts, demonizing pasteurized or sterilized food; obviously, according to raw foodists this also applies to animal nutrition and in the appropriate web spaces it is possible to read ravings about any economic speculations in the field of veterinary medicine (better not to deepen further). While this may seem like a potentially risky attitude for the spread of disease on farms, a merciful veil should be drawn on the healthiness of foods intended for human consumption. The INEVITABLE presence of parasites (Entamoeba histolytica / dispar, Giardia lamblia, Trichuris trichiura, Strongyloides stercoralis, Ancylostoma duodenale, Ascaris lumbricoides, Hymenolepis nana, Taenia solium, Taenia saginata, Echinococcus granulosus, Enterobisperius, Flavicus villius) , Alternaria) and bacteria (Clostridium botulinum and perfringens, Bacillus Cereus, Salmonella typhi and Paratiphi, Staffilococcus aureus, etc.) in food is an unknown factor that should not be underestimated. Suffice it to say that for a pregnant woman, adhering to the raw food diet would dramatically increase the risk of complications for the unborn child, such as fetal malformations or abortion. The same is true for immuno-depressed patients such as chemo-therapists and people with AIDS.

We also remind the followers of the raw food diet that the enzymes contained in food are in any case denatured by the gastric pH and subsequently broken down by the pancreatic and intestinal peptidases; therefore, the presence or absence of these active molecules in food is an unknown that does not affect us in the least.
Contrary to what the raw food diet claims, cooking is a process that, if done properly, facilitates digestion and, in some cases, also favors the absorption of nutrients (such as the biotin contained in egg white).

Raw food is a cuisine rich in aromas, colors and flavors, from which it is possible to extract imaginative recipes, rich in vitamins and antioxidants, friends of the line and health.

Visit the raw recipes section of healthiergang : you will find many interesting ideas and tips to eliminate the potential risks deriving from the consumption of raw food.