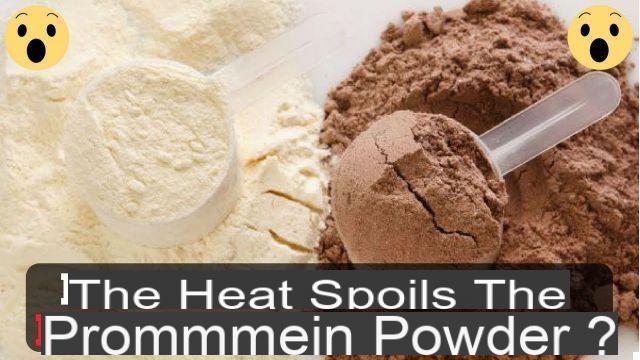 By cooking food, numerous changes occur in the nutritional principles; among these, some are positive and beneficial for human nutrition, while others are negative.

Cooking proteins, or rather, cooking foods that contain proteins, first of all involves the structural modification of the peptides called denaturation of proteins. Specifically, by protein denaturation we mean the physical distortion of the secondary, tertiary and quaternary structures of proteins, which occurs through the breaking of stabilizing bonds (such as disulfide bridges).

Denaturation is a positive aspect, indeed, it is the fundamental objective for which it is important to cook proteins which, through this process, lose their original biological function and tend to coagulate, aggregate and lose solubility.
Denaturation begins at temperatures of around 60-70 ° C and is facilitated by acid pH (<7) and / or coagulating-digestive enzymes.

H2S is a toxic compound that acts negatively on the cells of all tissues (except red blood cells) as it inhibits mitochondrial respiration; obviously, through the simple cooking of food, the release of H2S is minimal and is of extremely limited importance ... but for disclosure correctness, it should still be remembered.

In addition to the denaturation of complex protein structures, cooking proteins also increases their digestibility by virtue of the hydrolysis of the peptide chains (also facilitated by an acidic environment and / or specific enzymes); this reaction occurs by breaking the peptide bonds and involves the differentiation into smaller amino acid chains that are more easily attacked by digestive juices.

Cooking proteins at temperatures> 100 ° C modifies the side chain of some amino acids and sometimes (in the presence of oxygen) causes the oxidation of the radical group (R). The most sensitive amino acids are: sulfurates: cysteine, cystine, methionine (which, as anticipated, can release hydrogen sulphide) and heterocyclic ones: tryptophan, tyrosine and histidine (tryptophan, in cooking> 200 ° C, can convert into polycyclic aromatic hydrocarbons ).

The Maillard reaction (Louis Camille Maillard 1912) determines the formation of brown and savory compounds with cooking (polycyclic aromatics) and is based on the union of the amino groups of proteins with simple sugars.

Maillard mechanism: 1) condensation of the NH2 group of an amino acid with a carbohydrate and consequent production of a Shiff base; 2) transformation of the Shiff base into an Amadori product; 3) transformation of the Amadori product into polycyclic aromatic hydrocarbons - which by cooking give the food a brown color and a "cooked" flavor - but also into intermediate compounds such as hydroxymethylfurfural (HMF) or melanoidins.

NB. From a nutritional point of view, the Maillard reaction involves the partial loss of the amino acid lysine and a reduction in the digestibility of melanoidins as it is indigestible.

Ultimately, it is possible to state that cooking proteins or foods that contain them, involves positive aspects such as: the denaturation of the secondary, tertiary and quaternary structures, and protein hydrolysis with the release of amino acids and / or peptides; however, cooking the proteins also determines several negative aspects such as: the release of H2S, the alteration and oxidation of the side chains and radicals belonging to the amino acids, and the activation of the Maillard reaction. These unwanted alterations can be mitigated by avoiding exposing protein foods to high cooking temperatures, reached, for example, when frying or grilling over a high flame. Finally, it should be remembered that cooking protein foods par excellence (fish and meat) is essential to prevent various types of food poisoning; in this regard see the articles: raw fish and raw meat. As for eggs and legumes, which are also rich in proteins, cooking is important to inactivate antinutrients that could harm the body.