Choosing to Protect Others' Feelings: Why Do We Pretend All Opinions Are Equal? 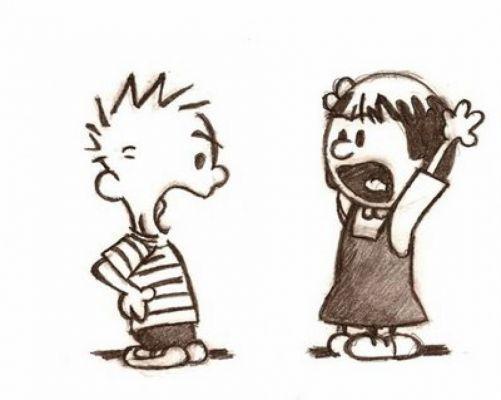 In 1999, Cornell University researchers found that less competent people were also less likely to recognize it. In fact, they often even thought they were above average. This phenomenon is also known as: “Dunning-Kruger effect.” These researchers believed that people who have limited knowledge in a certain field not only make blunders, but their incompetence also prevents them from realizing it. In practice, the problem is that they do not have the necessary knowledge to realize that they are wrong, and this often leads them to adopt an arrogant attitude.

Equality bias: If you can't, neither can I.

Now some researchers from the University of Tehran have carried out a very interesting study through which they give continuity to the previous experiment that today we can consider a classic. These psychologists worked with volunteers from countries like Denmark, China and Iran to get the representation of different cultures. In the experiment, two images were shown in succession to two separate people. The images were almost identical, but not quite. In one of the images there was a "foreign object". The images passed very quickly and the two people had to try to detect in which of the two the foreign object was hiding. Described in these terms the task might seem very simple. The problem was that both people had to agree and choose only one image. If there was a disagreement, a third person in the room would have indicated the correct answer. At that point, the two participants knew whether their decision was right or not.The couple had to repeat the procedure with 256 images, so that they would get to know each other well enough to know which of them gave the highest percentage of correct answers. In practice, the researchers wanted to know how we behave in front of a task if one of the two people is more capable than the other.In fact, it would be logical to think that if we believe that a person is more qualified to perform the task that has been assigned to us. we will have more faith in her and we will give more weight to her opinion. But things didn't turn out that way. Psychologists found that the less capable partner often rejected the other's opinion. However, the most surprising thing was that even the most capable person tended to overestimate the opinion of the other, devaluing their own. In practice, to maintain balance each one acted as his partner. Therefore, neither of the participants seemed to notice that one was more capable than the other. The researchers did not give up and included some variations in the experiment. In one of these they read aloud the number of right or wrong answers from each of the participants in an attempt to undermine the balance between the two. In another case they further complicated the task to further accentuate the differences between the scores and, finally, offered money for the correct answers, thinking that perhaps the economic incentive would encourage them to behave differently. all cases came what these psychologists called: "Prejudice of equality". Basically, if you feel inferior you will have a tendency to devalue the opinions of others and if you feel superior, you will devalue yours to put yourself on the same level as the other. In the meantime, let's pretend this doesn't happen.

Why do we pretend?

The power exercised by the group over each of its members is immense, even if we don't like to admit it. We all want to be part of the group, because in this way we feel protected and we know that we belong to something greater than us. capable understands that he must not hurt the feelings of his teammates if he wants the collaboration to continue.In many cases, these are attitudes that we assume automatically, we do not even think about them but react by letting ourselves be carried away by our instincts. But there is a limit. Equality bias is not as good as it seems; actually, behaving in this way is counterproductive, especially when we are in work groups or when people have to learn something. Of course, it is not a question of devaluing the opinion of others or hurting their feelings, but of finding a balance that allows us to be more effective in the task we have been assigned and, at the same time, improve the learning of the other. Pretending that something is not happening is never the correct solution, not even to avoid conflicts, especially if they allow us to grow as people.
Science confirms: Dancing makes us happier ❯

add a comment of Choosing to Protect Others' Feelings: Why Do We Pretend All Opinions Are Equal?