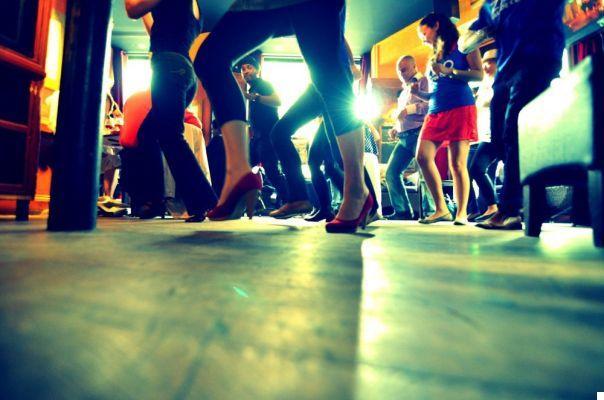 "Without music, life would be a mistake," Nietzsche once said, and he was not completely wrong because we have a natural instinct that leads us to follow the rhythm of the music. In fact, most children move and clap their hands when they hear a song they like. It is a spontaneous response linked to our need to communicate and express our emotions through movement and our body.

There is no doubt that music is a universal language and we are all able to appreciate and enjoy it, except people who suffer from amusia. In fact, it has been found that people from different cultures react emotionally in the same way when listening to different types of music. So it is no coincidence that anthropological studies indicate that the groups most likely to survive were those who had developed their own dance and were able to share their feelings through dance.

Of course, music and dance not only act as a social glue, they are also very beneficial for our physical and mental health. Recent studies have revealed that one of the keys to happiness and satisfaction is found right on the dance floor.

Steps that heal, movements that make us happy

In 2013, psychologists from the University of Örebro carried out an experiment with a group of adolescents suffering from anxiety, depression or stress, as well as presenting psychosomatic symptoms such as neck pain and back pain. Half of these were asked to attend two dance lessons a week, while the rest went on with their daily routine.

After two years, those who continued to attend dance classes (which emphasized the pleasure of movement rather than performance) not only showed significant improvement in psychosomatic symptoms, but also reported feeling happier.


In another study conducted at the University of Derby, psychologists worked with people suffering from depression. These people received salsa lessons for a period of nine weeks. The improvements began to be appreciated after four weeks and, once the course was finished, the participants said they had fewer negative thoughts, better concentration and a greater sense of peace and tranquility.

But the truth is, dancing isn't just an excellent therapeutic resource. A study conducted at Deakin University revealed that dance has a very positive effect on our daily life. These Australian researchers surveyed 1.000 people and found that those who danced often reported not only feeling happier, but also more satisfied with their lives, especially in interpersonal relationships, health and the achievements they had achieved over the years.

Interestingly, New York University psychologists discovered a similar effect in children. These researchers worked with 120 children, ages 2 to 5, who were exposed to different types of sound stimuli, some were rhythmic and mimicked the rhythm of music, others were completely arrhythmic. Thus they could appreciate that the children who moved with the rhythmic movements showed more positive emotions and felt happier. Therefore, these researchers concluded that we not only have the predisposition to move to the rhythm of the music, but that dancing also improves our mood.

Why does dancing make us happy?

When we dance, our brain releases endorphins, some neurotransmitters that generate a feeling of well-being, relaxation, joy and power. Music and dance not only activate the motor and sensory circuits of our brain, but also the pleasure centers.

In fact, neuroscientists at Columbia University say that when we move in tune with the rhythm, the positive effects of music are amplified. Therefore, a little secret to making the most of music is to synchronize our movements with the rhythm, so we will double the pleasure.


However, the magic of dance cannot simply be reduced to brain chemistry. Dancing is also a social activity that allows us to connect with others, share experiences and meet new people, which has a very positive effect on our mental health.

As if that were not enough, as we move, our muscles relax to the rhythm of the music, which allows us to get rid of the tension accumulated during the day, especially that accumulated in the deepest part of the muscles.

Science confirms it: Rich people neither notice you nor do they notice your problems ❯

add a comment of Science confirms: Dancing makes us happier