Chilli, an ally of the liver 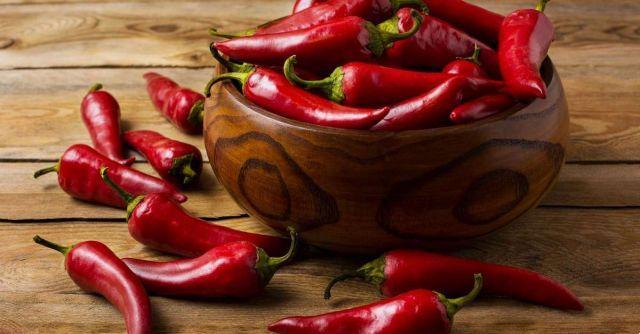 That the Chili pepper it was well known, both official medicine and popular tradition agree in attributing to this food various properties, especially when consumed dried, since all the principles are further concentrated in its powders.

The high content of Vitamin C and carotenoids makes it a excellent antioxidant (its daily consumption has a significant influence on the prevention of some forms of cancer, and is therefore considered anticarcinogenic), Moreover capsaicin has rubefacient properties, aperitifs and digestives, as well as function of mild analgesic.

The capsaicin and the various flavonoids contained in the fruits of the chili are also antibacterial, thus making the spice an important element for the food preservation, especially in climatic zones where heat and humidity are felt.

By inducing mucus secretion it acts as anticongestionant and aids in the evacuation of stool, and is capable of regulate cholesterol.

Effects of capsaicin on the liver

The novelty is that recent studies presented at the latest Internationl Liver Congress seem to demonstrate the positive effects capsaicin has on the liver, especially in healing liver injuries and preventing liver fibrosis.


These studies would revolutionize what has been recognized up to now from previous studies on the subject, as it was considered that a excessive consumption of capsaicin had instead side effects on the liver and kidneys.

The paradox is that if on the one hand it seems to be linked to the onset of metaplasts and carcinomas (even if always in conjunction with other factors, such as overexposure to UV rays), on the other hand it proves to be able to prevent the same pathologies: necrosis, inflammation, tumors of the liver, kidneys, oral cavity, pharynx and stomach.

Probably the secret lies in Paracelsus' maxim: the dose makes the poison. Thanks to recent studies the correct daily dose of capsaicin (specifically taken in capsules) has been shown to be between 30 and 120 mg for adults. In this way, only the positive aspects of this irreplaceable alkaloid would be benefited.

Speed ​​up your metabolism with chili

Why all this interest around capsaicin? As said it is a alkaloid, and is the rresponsible for spiciness in the fruits of some solanaceae such as peppers and so-called chillies. But this spiciness, which is actually an irritation, as well as being pleasant to many humans, has shown several positive properties, including anti-inflammatory, antitumor, analgesic, antibacterial.

Once discovered and isolated in the early 1800s, its toxicity levels were studied and synthesized. To calculate the spiciness of which it is responsible, the Scoville scale, measurement scale based on the Scoville unit, thanks to which the gspiciness of the single species which can range from 0 for pepper to 16.000.000 for pure capsaicin.


Origin and history of chilli

Chilli is nowadays a universal and almost omnipresent food. If some kitchens tolerate it from time to timeuse as a spice, others could not exist without.

Countries such as South East Asia, China, India, the two Koreas, Indonesia, all of Latin America and Central America, the Southern United States, the Arab countries, the Mediterranean area and the African countries, make a large consumption of chili.

However, before the discovery of the Americas, its use was limited to Central American natives, who called it precisely "chili". The conquistadors and Christian friars, often botanical experts, saw the potential of this plant and brought it to the Old World.

From there to being transported to the various exotic colonies of the European powers the step was short: India, China and Africa benefited from this gift by making it their own.

Chilli and other natural antibiotics

> Chilli: in seeds or powder?

> How to use chilli

Audio Video Chilli, an ally of the liver
Green algae: properties, use and contraindications ❯

add a comment of Chilli, an ally of the liver