Buckwheat it is a cereal rich in proteins with a high biological value, also suitable for those suffering from celiac disease. Let's find out better.

> 1. Description and variety of buckwheat

> 3. Calories and nutritional values ​​of buckwheat 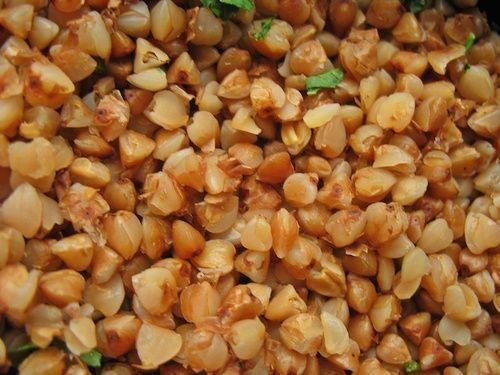 Description and varieties of buckwheat

Buckwheat or "black wheat" (Polygonum fagopyrum) is a flowering plant that does not belong to the Graminaceae family but to that of Polygonaceae.

È however placed commercially among the cereals, since it has strong similarities with the species belonging to this group, both for the qualitative and technological characteristics of the grain (nutritional content and food use), and for the cultivation techniques.

It is however considered a minor cereals that is, it belongs to that group of crops that has undergone, over the years, an increasingly reduced diffusion due to various factors, first of all the lower productivity compared to wheat but also a standardization of consumption and therefore a lower demand on the market .

Widely cultivated in the past, its cultivation has been gradually abandoned, so much so that the flour currently on the market is obtained from the grinding of wheat imported from China.

Recently, however, we are witnessing ainversion of trend: minor cereals are crops that offer the possibility of limiting production costs or are characterized by a limited demand for technical means and also allow to exploit the marginal areas of our territory, which are difficult to cultivate.

Buckwheat is one plant spontaneous which grows in the areas of Siberia and Manchuria, and was introduced in the West during the Middle Ages. There are several sources of thought on the way in which its propagation took place, but of all two they are the most accredited.

According to the first trend, the Turks would have introduced the plant in Greece and in the Balkan peninsula and from this derives the name buckwheat, that is wheat of the Turks or Saracens.

The second theory argues that the spread occurred through Asia and Northern Europe due to the migrations of the Mongolian peoples who, from southern Russia, brought the wheat to Poland and Germany, from where it would spread to the rest of the world. 'Europe. It is probable that both theses are valid and that the propagation occurred simultaneously from both the North and the South.

Today it still is widespread in Russia, while in Europe it is limited to some areas of France and Germany. In the country it is present in the provinces of Bolzano and Sondrio.

In flour production, the triangular grains can be ground while maintaining the cuticle. Flour which is obtained from the milling is also called gray due to its characteristic dark gray color.

If, on the other hand, the grains are used whole, for soups or cold salads, they must be peeled, i.e. freed from the black cuticle.

Whole plants are also used by farmers as fodder or bedding for livestock. Furthermore, from the buckwheat flowers bees get a dark and very tasty honey.


Properties and benefits of buckwheat

It differs from common cereals for thehigh biological value of its proteins (14,1% against 9,2% of common wheat and 8,5% of corn flour) which contain eight essential amino acids in optimal proportion, while the "real cereals" contain little lysine.

La Lysine, essential amino acid, is present in high percentages, higher than those of egg and all other cereals, with values ​​ranging between 4 and 20% depending on the cultivars and environmental conditions.

Compared to wheat flour, that of buckwheat is gluten-free and is therefore suitable for foods intended for celiacs. Contains a higher amount of slower digesting starch and is therefore particularly indicated in the dei diabetic dieti.

Buckwheat is one good source of fiber and minerals, it is very rich in phosphorus, calcium (more than wheat), iron, copper, magnesium, manganese and its percentage of potassium exceeds that of all other cereals.

It also contains important Vitamins like those of group B (B1, B2, PP, B5).

Check out other protein-rich foods 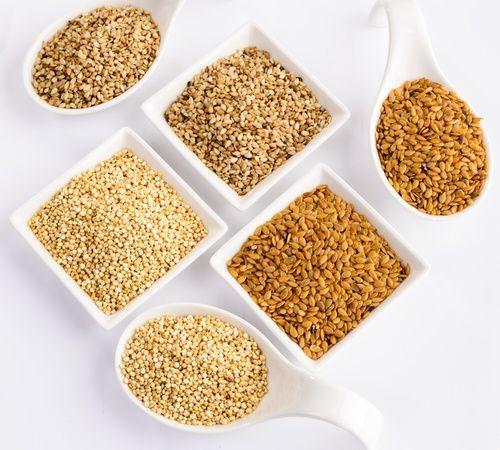 Calories and nutritional values ​​of buckwheat

100 grams of buckwheat contains 343 calories, of which 72 g of carbohydrates, 13 g of protein and 3,4 g of fat. In addition, buckwheat is also rich in potassium and magnesium.

Buckwheat contains carbohydrates, lipids, proteins and even essential amino acids, essential for our life. This composition makes it very useful, from a nutritional point of view, in childhood, in cases of thinness and organic and psychic wasting, in arthritis and in all peripheral circulatory disorders.

Removed the casing that covers the seed and cooked like rice, it is a energy food, easily assimilated, very suitable in cases of difficult digestion and malnutrition.

However, its most important therapeutic activity is that which is carried out by leaves. Their infusion (one tablespoon per cup of water) is very useful in all cases of circulatory problems especially venous. In England this non-exciting herbal tea, called "buck wheat tea”, Is a substitute for real tea and serves a treat venous varices.

In addition to having energetic, fortifying, mineralizing and restorative properties, it also plays awarming action and therefore it is particularly suitable especially in the cold season.

Properties, use and benefits of buckwheat flour

Other articles on buckwheat:

> How to cook millet and other cereals

> How to cook buckwheat and other cereals

> Buckwheat bread: the recipe with and without gluten