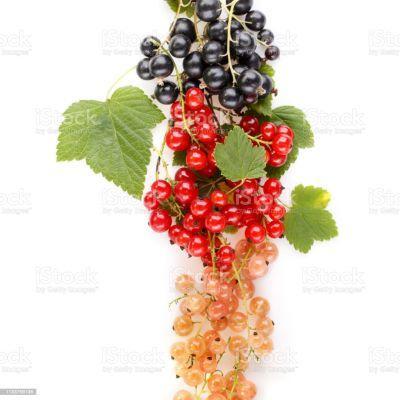 Currant is a plant that produces spherical berry clusters with a sweet and sour taste. This plant belongs to the Grossulariaceae family and is considered one of the plants that produce berries such as raspberries, blackberries and strawberries.

The currant is a plant that is present and widespread in the country especially in the mountainous areas and alpine as long as 1000 meters are not exceeded. Even in the hilly areas, if the climate is cool, windy and with good precipitation, the currant plant can grow luxuriantly.

Their fruits are very similar in fact they are all berries gathered in clusters spherical in shape and of the same size. Only the color of the berries makes it possible to markedly distinguish the various currants, in fact some are ruby ​​red, others are whitish-yellow and still others of a purple so dark that it seems black.

The inner pulp is transparent and the color is present on the outer film that wraps around the berry. Inside are small seeds.


In addition, within the 3 divisions of currant we also have other varieties which are most commonly grown and produced in the country.

The healthy use of currants is well known in the popular herbal tradition which sees the currant used in case of problems of inappetence, gout, rheumatism, liver problems and urinary tract.

In fact, the currant has excellent diuretic, refreshing, anti-inflammatory and restorative properties. Furthermore, currant is indicated as an antihistamine and antiallergic with a cortisone-like action but completely natural.

However, all these properties are general in currant but specifically, each currant has a more targeted use.


It is used as an aperitif and digestive thanks to its tonic, purifying and diuretic action. Fresh juice or natural consumption of berries is recommended for numerous health problems and in particular is an excellent tonic for when you have no appetite or even after a period of convalescence and fever as the body is weakened.

Helps against constipation, indigestion and insufficiency of gastric juices it is also excellent for rheumatism, arthritis and dermatosis. The gastric and urinary tract together with the liver benefit from the consumption of red currants thanks to its anti-inflammatory and decongestant properties.

Black currant is rich in many mineral salts such as calcium, phosphorus, potassium, chlorine and sodium. It also contains numerous trace elements and anthocyanin pigments as well as flavonoids and antioxidants.

Black currant is a great source of many vitamins, in particular for vitamin C since 100 grams of black currants contain 200 mg of citric acid.

In addition to the fresh consumption of these dark almost black berries we can also take it as a food supplement. Often in herbal medicine or other specialized shops we find black currant leaves which are the part of the plant used for the preparation of natural remedies such as herbal teas.

The infusion of black currant leaves is indicated for diarrhea problems but also in case of tiredness, fatigue and debilitation. It is also always useful against rheumatism and arthritis problems as well as being an aid for liver function.

White currant or gooseberry is also rich in vitamins and polyphenols with a truly excellent diuretic and detoxifying action. It is also indicated to counteract skin aging thanks to the numerous antioxidants it contains. In addition, white currant is refreshing and astringent, so much so that it has an excellent action to rebalance intestinal function.

It is also capable of stimulating the production of gastric juices with an eupeptic and digestive action. White currant has an excellent thirst-quenching power and even manages to act on cholesterol levels as well as helping the liver in its detoxifying action. Its consumption is usually fresh but it is also possible to prepare it as a juice or take it as a food supplement.

Read also Ribes nigrum and other natural remedies against allergies >>

Audio Video Black, red and white currants
Do you have acne? An app tells you the right foods ❯

add a comment of Black, red and white currants