A shower is enough to stimulate creativity 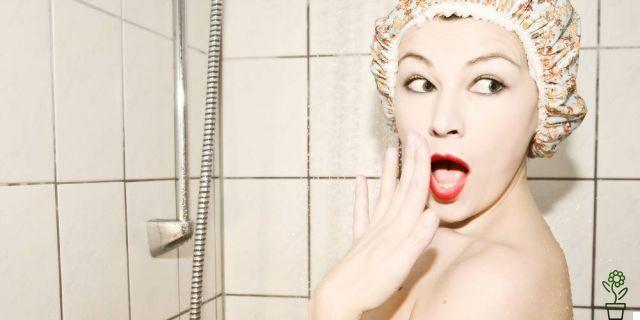 Many years ago, in ancient Greece, Hieron asked Archimedes to discover a way to detect fraud in the production of gold coins. The governor suspected that the goldsmith was betraying him by replacing some of the gold with silver.

Archimedes accepted the challenge and, after so much puzzling, one day in the public baths, while his body was sinking into the water, moving it, he found the solution. It is said that the genius came out naked from his bathroom running towards the house while shouting: “Eureka! Eureka ”!

It is not known if this story is true, given that the first source that mentions it is a later Roman book of two centuries. But the truth is, many of us have experienced a similar thing: some of our best ideas have come to us in the bathroom, in the shower.

Dopamine: The neurotransmitter of happiness and creativity

Creativity follows its own activation channels, which do not always coincide with the moment in which we are working engaged in the search for a solution. Indeed, history is full of brilliant solutions that were conceived in dreams, in the shower or in unlikely situations.

In fact, this is due to the fact that our brain is working, even if we are not aware of it. While our conscious mind focuses on other tasks, our unconscious continues to work at full capacity in search of a solution, which always appears when you least expect it.

Part of the answer lies in dopamine, a neurotransmitter that plays an active role in the pleasure and reward centers in the brain. In fact, this neurotransmitter not only affects our mood, but is also linked to creativity. Interestingly, activities such as exercise, listening to music, or taking a leisurely shower all contribute to increased dopamine flow.

In this regard, a team of researchers from the Karolinska Institute in Stockholm found that when one of the dopamine receptors in the thalamus had a lower density, the filter we normally use to censor information directed to the cerebral cortex, where it is processed, is more weak, which greatly improves the creative process as it allows ideas to blend together.

Another reason why the brightest ideas come when we are in the shower is that in that moment we are completely relaxed and functioning automatically. In fact, neuroscientists have discovered that when we let ourselves be carried away by the habit, what is called: "default neural network" is activated.

In fact, a study by University of North Carolina researchers revealed that the ability to generate creative ideas and unleash the imagination depends on loosening cognitive control, which is precisely what happens when the default neural network is activated. At that precise moment our mind breaks the iron control it exercises to focus more on itself and let the most absurd ideas flow.

In practice, we enter a state similar to that of meditation, which promotes the free association of ideas that is precisely the basis of creative thinking. So, if you are looking for that brilliant idea, instead of brainstorming sitting at your desk it would be better if you went for a nice hot shower, you will see that sooner or later you will find the perfect solution.

Blind Spot Bias, or why everyone believes they are better than you ❯

add a comment of A shower is enough to stimulate creativity