Why is revenge sweet? 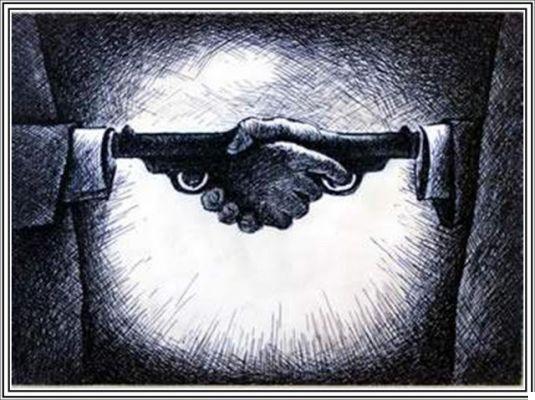 Probably everyone at least once in their life
we heard the phrase: "revenge is sweet", refers to
to a certain degree of satisfaction deriving from the fact that those who have us
hurt at some point in his life he receives what we think he deserves.
But… what is true in all this? Revenge really does have a taste
pleasant? And if so, why?

Some researchers from the University of Marburg in Germany wondered the
same thing. To try to answer them, they involved 83 students, who
they were tricked into thinking that they had been duped by a colleague. Each student had to write a short essay which in
later he had to pass to other students (examiners) to bring some
corrections. Each student was led to believe that he had received one
wrong evaluation and an unfairly low grade that they would have
influenced the economic remuneration they would have received at the end of the experiment;
although in reality there was no student to serve as examiner. The final crackdown was to allow
students to participate in a final draw, which was prepared in
previously, to ensure that the student allegedly incorrect examiner, could
lose money. In addition, the alleged examiner was offered the opportunity
to send a text message to the student. What happened? Curiously, when the colleague lost money he
students reported being very satisfied. Anyway, if the colleague
he did not lose money but sent them a text message in which
acknowledged the mistake made, the students still felt satisfied.
Who did not feel satisfied? Evidently those whose colleague did not miss out on
money, much less apologized for the mistake he had made. The loss of money was regarded as a kind
of "universal vengeance" which satisfied the students, since it rebalanced
their sense of justice; but the apology got the same anyway
effect. Researchers speculate that revenge is perceived much more
that as a simple instrument of equity in suffering, but rather it would deal
of an act of justice, which passes through the implementation of mechanisms
of moderation that can be more or less adequate and just, through which the other can understand
that his actions were inadequate. Researchers conclude that revenge is right and
satisfactory only when the offender understands why he is coming
punished. In this way, perhaps, one savors the pleasant taste of revenge, because
confirms that there would be justice to guarantee equal opportunities for
all. This feeling comforts us and makes us feel safer. But even so, that doesn't mean revenge
is a positive and acceptable behavior just because it makes us feel good. In
some situations it is much more appropriate to try to understand the reasons that
motivate the other and act by accepting the same, because sometimes revenge does
it only converts into a vicious cycle that feeds negative emotions.
Why do smart people suffer more under pressure? ❯