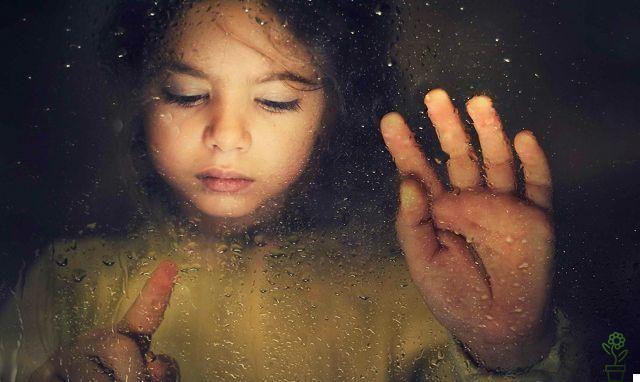 Are you often bothered by noises, smells and bright lights? Do you prefer solitary activities like reading or jogging? Do you sometimes feel misunderstood and observe details that go unnoticed in the eyes of others? If so, it is likely that you are among the highly sensitive people (HSPs), a group consisting of 20% of the population.It is worth remembering that it is not a disease, these people are simply characterized by the intense reaction to environmental stimuli. since they are hypersensitive. It is not a gift or a defect, it is just a way of being.

1. They overreact to environmental stimuli.

Highly sensitive people feel bothered by environmental stimuli, by those situations that for others usually go almost unnoticed, such as bright lights, disorder, a slightly higher tone of voice, an unpleasant smell. For example, they may refuse some clothes because they feel particularly unpleasant when they touch their skin, or they may feel dizzy in a messy room. These feelings are so intense that they cause irritation, depression and a desire to escape.

2. They tend to feel misunderstood.

Since these people are very sensitive they do not understand why other people do not react in the same way but instead show a "superficial" or "indifferent" attitude. For example, they may be together with a group of friends and feel very uncomfortable about a smell that others hardly perceive or feel uncomfortable due to the decor of the environment that does not meet the basic aesthetic criteria for them. These differences in sensitivity lead them to think that they are "rare" people, making them feel misunderstood, especially if they are in environments where extroversion, containment of emotions and firmness are greatly appreciated.


3. They are very empathetic.

Highly sensitive people are also very sensitive to the feelings of others in such a way that they are often particularly empathetic to the problems of a friend or even of people they do not know. Sometimes this special sensitivity and empathy lead them to suffer and worry much more than usual about problems that do not directly concern them, it is as if they carry the weight of the suffering of the world on their shoulders. In fact, these people can react very emotionally to other people's pain and injustices by experiencing them on their own skin.

4. They live at a slower pace.

Highly sensitive people sometimes feel like the world is spinning too fast around them. They have their own pace and usually don't get caught up in the frenzied pace that society follows. Rushing isn't for them, it makes them feel sick, dizzy, and they feel out of control.

5. They struggle to make decisions.

Highly sensitive people often capture details that go unnoticed by others, so they end up having more information than the rest. In some cases, this extreme sensitivity can be an advantage, but sometimes it can cause them difficulties in making decisions, because they tend to weigh all the pros and cons very carefully, even in situations where there is no good or bad, such as when it's about choosing a dish at the restaurant. So, in the group of friends, the highly sensitive person is the one who takes more and more time to decide, who has to think more than others.

6. They have a keen intuition.

There is a theory according to which intuition is nothing more than the ability at an unconscious level to capture a greater amount of detail, give it an order and, starting from this, work out a probable conclusion. This idea perfectly explains why highly sensitive people are also the most intuitive. By being able to detect even the smallest details, they can unconsciously develop a more detailed picture of the situation and confidently determine what might happen.

These people often prefer to engage in solitary activities that allow them to enjoy the world from their perspective. Usually, they feel more comfortable in small groups and avoid crowds and chaos. Some are shy and hate being the center of attention, but around 30% of highly sensitive people are outgoing, due to the training they received when they were little.

8. They are more sensitive to criticism.

Highly sensitive people react more intensely to criticism as they take it seriously, as something personal, especially since they tend to be perfectionists. Their desire to avoid criticism and extreme empathy often leads them to be very kind and polite. These people never leave the shopping cart in the supermarket parking lot and do not try to pass in front of others in a line, because they respect the rules of education and try to please others. Also, they are usually the first to notice that someone is behaving inappropriately, but they probably won't point it out to them.

Dealing with highly sensitive people is usually a very intense experience that can convey positive and comforting energy but also deep disappointments. For example, in love, very sensitive people are able to appreciate all the nuances of their partner, because they know him like no other and can transmit a very positive energy to him. However, little by little, they will become more and more demanding to the point that the partner will no longer be able to meet these needs because they do not have the same level of sensitivity. In other cases, the problem arises from small daily disappointments that are increasing leaving room for disappointment and frustration.

It is important that the highly sensitive person is aware of their characteristics and knows how to take advantage of the best side of them. This means that you need to work on learning to focus on the positive characteristics of others, instead of continually pointing out their mistakes. Furthermore, it is also important to reduce expectations, have fewer needs, and above all give everything the right value without exaggerating the repercussions of each event.

Finally, those who interact with these people should try to put themselves in their shoes and respect their way of seeing and facing life. The fact that you do not mind certain stimuli or behaviors does not mean that others can accept or manage them easily.

Who makes you angry controls you ❯