We are easier to fool than a three-year-old 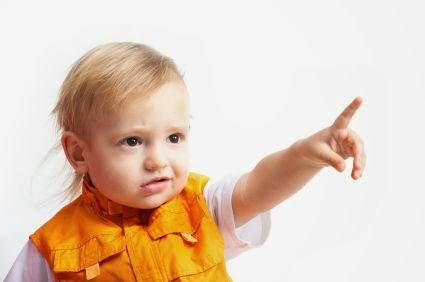 Almost every time I turn on the TV (which I rarely do), I am faced with classic political rhetoric. At best, political representatives offer such weak arguments that they cannot stand up for themselves. At worst, which by the way is the most frequent, the arguments are unsustainable simply because they include errors that largely contradict logic. However, many people believe these arguments. How is it possible?

The psychologists involved 84 children between the ages of 3 and 5 and a group of adults. The children were shown two videos showing a girl who had lost her dog and was looking for him.

Children and adults alike had to decide who to believe and what direction to look for the dog.

As you can see, the first character builds on his experience and provides a visual lead as he claims to have seen the dog go in that very direction, this topic is known as: "perception topic." On the contrary, the second character provides a circular explanation; that is, it is based on an error that we unfortunately often hear and which is to prove an argument using the same argument. Which obviously proves nothing but deceives us perfectly.

Who decided to believe whom?

Both children and adults have chosen to believe who had given the visual trace, discarding those who resorted to circular reasoning. This shows us that even three-year-olds are able to detect such deceptions. However, everything changed when a slight variation was made to the experiment. This time the experimenters prepared two videos that related to a cat It was lost. One of the characters stated, "The cat went in that direction" while the other character who had been constructed in such a way as to convey the impression that he had more authority than the first, used circular reasoning. three-year-olds continued to trust the direction indicated by the first character, while adults and older children preferred to follow the direction indicated by the second character. Why? According to the researchers, two main factors come into play here. On the one hand, we prefer to trust someone who gives us an argument, even when it is incorrect, rather than someone who simply passes information on to us. Which, of course, does not speak in favor of our intelligence. On the other hand, as we grow, we are more likely to consider other details of the person giving us the information, such as the degree of authority and social prestige. Therefore, we are more likely to believe these people, even when their arguments are not convincing. However, since three-year-olds have not yet fully integrated into society (i.e. they do not fully understand its rules and organization), they are immune to these details. What is the moral? Don't believe everything you hear, always analyze if the arguments are valid, no matter who supports them.

Stop criticizing: The key to being more creative ❯